After a day of confusion, students are going back to school | The Coast Halifax

After a day of confusion, students are going back to school 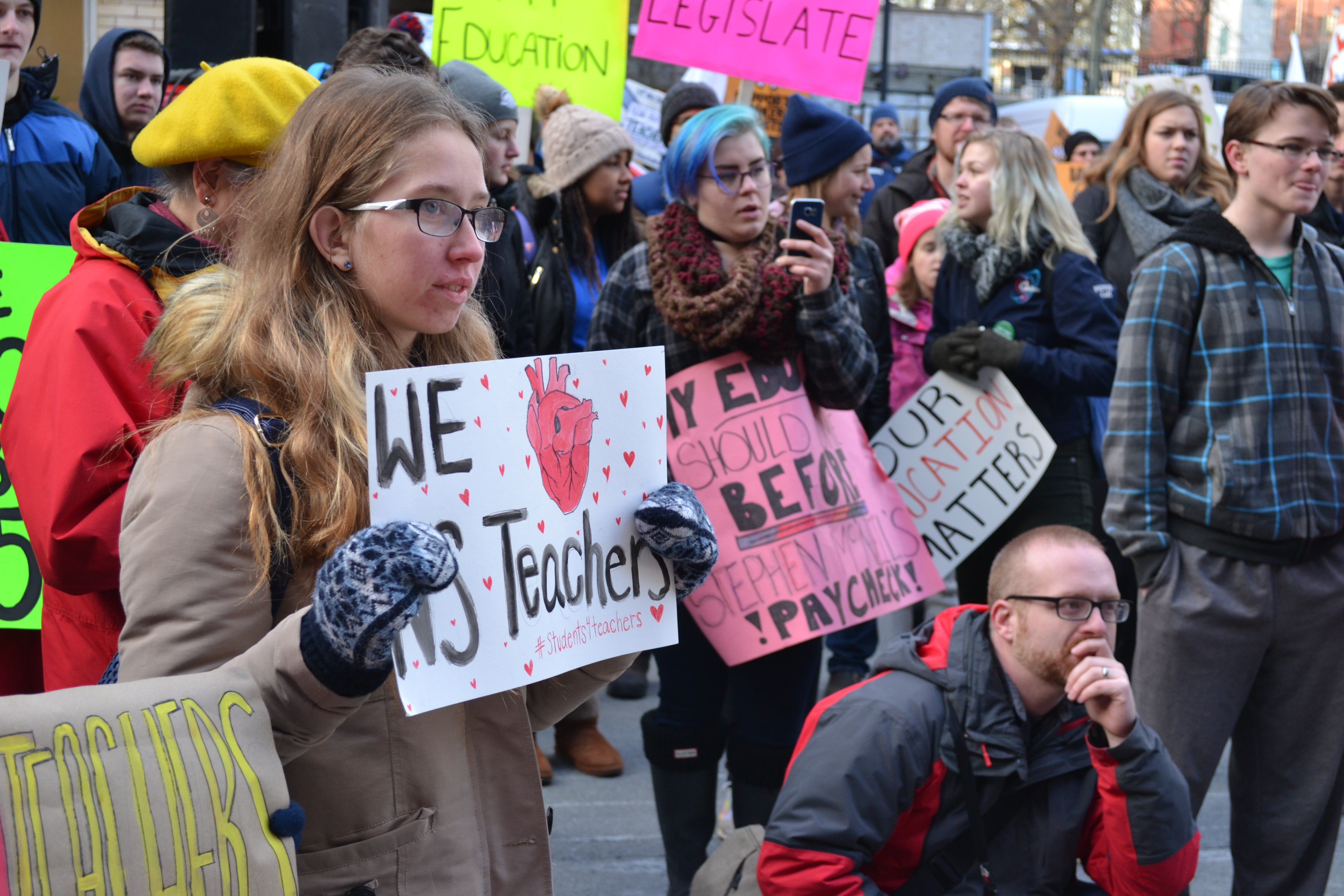 Rebecca Dingwell
Hundreds of students and parents gathered outside Province House on Monday.

After a Monday away from the classroom, Nova Scotian students are allowed to go back to school starting Tuesday.

The decision was announced by Education minister Karen Casey on Monday afternoon during the second legislative meeting of the day.

Premier Stephen McNeil had called for an emergency legislative assembly on Monday morning to quickly pass the “Teachers’ Professional Agreement Act.” The bill would impose the tentative agreement voted down by teachers back in October.

Instead, MLAs voted on a motion to recess.

The bill didn’t go through its first reading Monday morning as planned, nor did it appear in the afternoon. House leader Michel Samson stayed tight-lipped on whether the bill will be going forward at all while MLAs were on recess. The premier was nowhere to be seen, having seemingly not shown up to Province House for the day.

This was all a surprise to union officials. Opposition leader Jamie Baillie called the government’s tactics a “farce,” later issuing a press release calling for Casey to be fired, while NDP leader Gary Burrill claimed the Liberals were “tone deaf to the public fury.”

When Casey finally spoke in an afternoon press conference, it was to announce schools would be reopened under an agreement reached with NSTU members for a modified work-to-rule job action that would begin Tuesday.

Liette Doucet, the leader of the Nova Scotia Teachers Union, said the day’s events were unnecessary.

“There was no reason to keep students out of class today,” she told reporters after the meeting. “Teachers were there, willing and ready to teach them.”

Even though students didn’t spend the day in class, many of them didn’t stay home, either. Avery Keddy drove for an hour from Middle Musquodoboit to make it to Halifax for the rally outside Province House.

Keddy is a grade 11 student who has seen the difficulty teachers face when it comes to large class sizes. His math class, for instance, has more than 40 students—which can make it tough to get extra help.

“It’s hard for a teacher to get around to all the kids in just an hour’s time span. So, smaller class sizes would be nice,” he said.

As with many Nova Scotians, Keddy heard the news about the student lock-out on Saturday.

Casey announced public schools would be closed to students starting December 5, but teachers were still expected to show up to work. Casey said the decision was made out of concern for the children’s safety, given the NSTU work-to-rule action.

This left many parents scrambling to find childcare for their younger kids, while some of the students took the unexpected “day off” as an opportunity to protest.

Kayla Beals, a student at Cole Harbour High, said she was particularly concerned about students currently in specialized programs, such as International Baccalaureate.

“For us to be out of school is gonna be detrimental, especially to the grade 12 students looking for graduate,” said Beals. “I did not work two-and-a-half years doing these courses to not graduate with an IB diploma.”

As for the union, Doucet said there has been no word from the province about further negotiations for a new collective agreement.

“I know teachers have lost trust in the government…But we expected Bill 75 to be read today and it was not, so we are pleased about that,” she said. “We are hoping now that we will get back to the table.”

The proposed back-to-work legislation the Liberals were going to put forward Monday is still sitting on the shelf, but its unclear if or when it will be brought up again.