Snowblink wants to connect with you 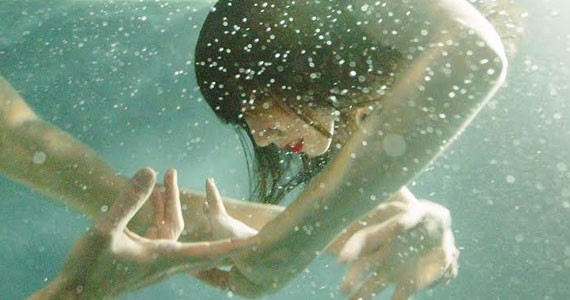 Daniela Gesundheit believes live shows are about more than just singing along to your favourite tunes. As one half of the Toronto folk-pop duo Snowblink explains by phone, a good show is a small community sewn together with musical notes, and taking part is everyone's role.

"We've grown accustomed to feeling passive in an audience setting. I think of it much more as a conversation," she says. "When I see a performer struggling onstage, they're not getting enough from the audience."

For Snowblink, though, performances that fail to connect are rarely a problem. As Gesundheit explains, the idea of community is woven into how the band plans to perform—something Halifax fans can watch for at Snowblink's show Wednesday at Timber Lounge, promoting the new LP Returning Current. "For awhile, we were inviting someone up from the audience for one song, where I would sit right across from the person and ask them to maintain eye contact with me. I ultra-bond to that person," she says.

The intimacy Gesundheit describes is even more fitting given her choices of lyrical subject matter. Typically penned in first person, the songs often talk vaguely of moments passed.

"I tried to hit that medium of really having a conversation with the people I'm singing the songs to," Gesundheit says. It's like the song has gone through "a water filter or something, it's not the direct or original material but something quite different."

These "water filters" seem to be even more central to Returning Current, affecting both the lyrics and music. While the duo has typically kept close to a soft, folky style, the new album sees Snowblink straining its airy melodies through an '80s-esque, Europop sieve of sound. The result? A bigger, dance-ier record that swirls like waves.

Perhaps the cover of Returning Current sums up Gesundheit's approach to music and performances best. Shot in a friend's pool, it's a sun-spotted, underwater snap that looks like it may or may not be Gesundheit (it is, though she adds "it's really cool you couldn't tell"). In the photo, her outstretched hands are almost grazing fingertips with another set of limbs (belonging to Snowblink's other half, Dan Goldman). Through all the waves and bubbles, Gesundheit is just trying to connect.