Whether you’re front row centre in Point Pleasant Park or building a road trip around a quirky comedy, this lineup of local theatre deserves a standing ovation.

June 15-26
Stages Theatre Festival and NextSTAGES Theatre Festival for Families
You don't need to be an elephant to remember the name of a festival that offers shows in different stages of development aimed at different stages of life on different stages around town. This year's festival offers workshops, play readings, theatre for children (The Happy Hobo in Moon Land) and young people (Red Fish) and world premieres including 2b Theatre's Unconscious at the Sistine Chapel. With 15 events to choose from, there's something for everyone.
various stages, downtown Halifax, $5-$30, easternfronttheatre.com

June 2-25
Theatre Arts Guild presents The Mystery of Edwin Drood
"Interactive, musical comedy" and "Charles Dickens" aren't often uttered in the same sentence, but in the case of Edwin Drood, they have to be. The show takes Dickens' unfinished novel of the same name and spins it into a whodunit mystery musical where the audience chooses the ending.
The Pond Playhouse, 6 Parkhill Road, $15-$18, tagtheatre.com

June 8-25
Dartmouth Players presents The Dining Room
We often say "if these walls could talk," but walls aren't the only inanimate objects with stories to tell. In The Dining Room, 18 vignettes centre on the same set of furniture when different families gather round it. Six actors step into a variety of roles as they relate situations that will make you laugh, think and perhaps long for days gone by.
Dartmouth Players, 33 Crichton Avenue, $14-$17, 902-465-7529, dartmouthplayers.ns.ca

June 23-26
An Evening of Ives
David Ives is an American playwright responsible for some of theatre's funniest and most clever one-act plays. Lions Den Theatre offers the chance to see the work of eight directors and 20 actors in eight Ives plays, all for under 20 bucks.
Bus Stop Theatre, 2203 Gottingen Street, 8pm (June 23-25), 2pm (June 25), 4pm (June 26), $10-$15, eventbrite.ca

OUT OF TOWN
June 29-August 28
Ship's Company Summer Theatre
Playwright Kristin Slaney marries history and conjecture in After Eepersip Disappeared. The starting point for this play is the real-life disappearance in 1939 of American author Barbara Newhall-Follett. In this quirky comedy, Slaney proposes that Newhall-Follett disappeared to Parrsboro with the intention of building a pirate ship. The second mainstage production is Jacob Sampson's Chasing Champions, the story of early 20th century boxing great Sam Langford, a Nova Scotian fighter who faced racism, both inside and outside the ring.
18 Lower Main Street, Parrsboro, $10-$28, 800-565-7469, shipscomapnytheatre.com

July 1-September 4
Shakespeare by the Sea
SBTS's brand of accessible, affordable, outdoor theatre is one of the high points of summer in Halifax. This year's lineup includes the gender-bending comedy As You Like It, everyone's favourite dysfunctional family tragedy King Lear, and a brand-new musical adaption of Pinocchio. Chairs and blankets are available to rent for a nominal cost, and there's a call-ahead shuttle service for those with mobility issues.
Cambridge Battery, Point Pleasant Park, $20, 902-422-0295, shakespearebythesea.ca 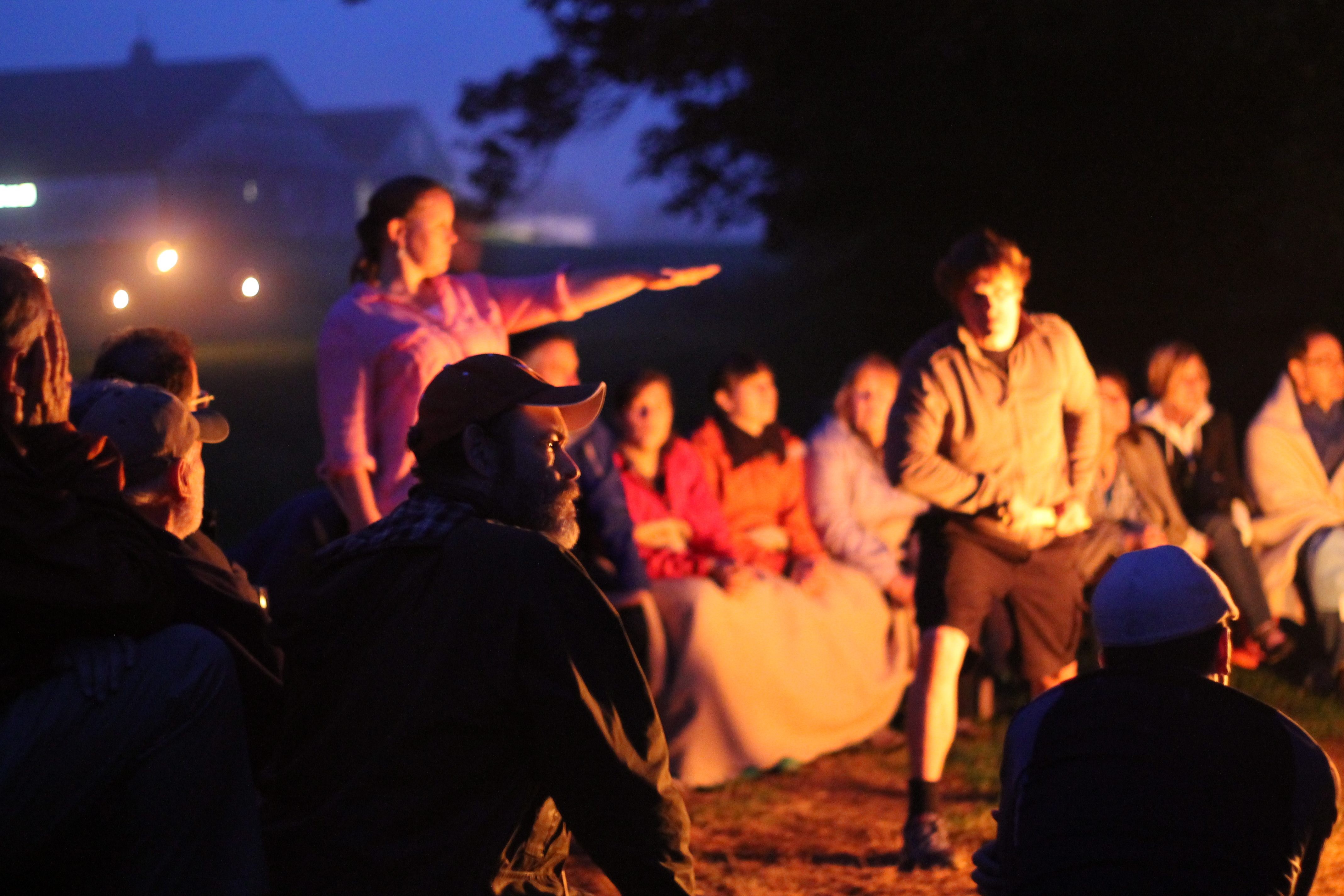 OUT OF TOWN
July 7-August 13
Theatre Off the Grid presents Liberation Days and Mary Celeste
It's an auspicious season for Two Planks and a Passion Theatre Company: 25 years since it all began, and 10 years since it started offering its magical outdoor theatre experience at Ross Creek. This season's offerings include the war-time romance Liberation Days, set during the Canadian liberation of the Netherlands; Mary Celeste, a fireside tale where the audience will choose one of 10 versions of the unsolved mystery of the titular ghost ship; and special evenings with well-known Nova Scotian authors.
555 Ross Creek Road, Canning. $10-$30, 902-582-3073. twoplanks.ca

OUT OF TOWN
July 12- August 27
Chester Playhouse Summer Festival
Is there anything nicer on a summer evening than heading out of town for supper and a show in a quaint little seaside town? In July, head into Chester for campy fun with Ruthless!, a musical about would-be child star and her (stage) mother who'll go to any lengths to climb the ladder of success. In August, Rhys Bevan-John stars as a very unreliable narrator in the one-man show Here Lies Henry. Also check out Back Home Again, a John Denver tribute, as well as Bohemians in Brooklyn, a cabaret narrated by CBC's Tom Allen.
22 Pleasant Street, Chester, $15-$29, chesterplayhouse.ca

July 31-August 7
Taboo Theatre presents The Uncanny: When Fantasy is Too Real
Three short plays makes one full evening of adult-only fairytales. In The Marriedest One of All, the evil Queen and Snow White are locked in a competition to see who can procure the most husbands. (Hint: Cohabitating with seven dwarves lends a distinct advantage.) In Asleep at the Wheel, the story of Rumplestiltskin is re-imagined to explore the implicit violence of patriarchy in fairy tales. And lastly, Hansel in Lederhosen is a psychological cat-and-mouse set in an eerie theatre in Halifax.
The Bus Stop Theatre, 2203 Gottingen Street, $15-$20, tabootheatre.wordpress.com

Scott Munn
Beauty & The Beast is back at Neptune

August 16-October 9
Neptune Theatre Presents Beauty and the Beast
Summer theatre at Neptune? Yes please! The crowd-pleasing Disney's Beauty and the Beast was a smash hit on the Halifax stage in 2007. Now tourists and residents alike will get the chance to enjoy its classic story, catchy songs, lavish costumes and big production numbers.
Neptune Theatre, 1593 Argyle Street, $30-$84, neptunetheatre.com

September 1-11
Atlantic Fringe Festival
After celebrating its big silver anniversary last year, AFF is launching into its next 25 years with its new executive director Lee-Anne Poole. Several very popular Fringe artists are returning this year including Gillian English, whose show sold out last year, and Sex T-Rex, an audience and jury favourite. Keep your eyes open for more information as September gets closer.
various prices and locations, atlanticfringe.ca