The Future is now

Exploring art and commerce via the The Centre For Art Tapes’ audio/video exhibit, Archives of the Future. 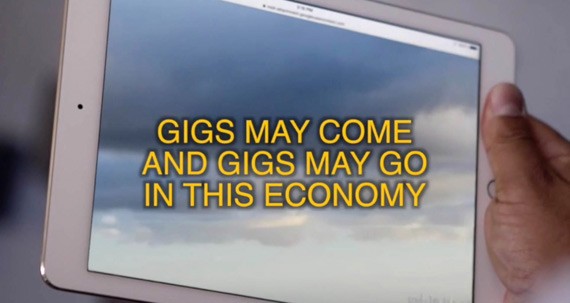 Tucked away in the corner of the Dalhousie Art Gallery—which is also currently housing Why are we saving All these artist publications + Other Galleries stuffs?, an exhibition of artist run centre archives—is a collection of an entirely different sort of archive. Archives of the Future, organized by Centre for Art Tape's programming committee, examines the way in which artists and cultural producers contribute to exploitative global power structures.

The single channel videos, audio recordings and an interactive karaoke rewrite of Madonna's "Material Girl" probe the notions of art and commerce to reveal the uncomfortable reality of art and artists forced to compete, undermine and undervalue in a world that increasingly atomizes and isolates cultural production and labour.

Zachary Gough's Immaterial Girl is a darkly playful riff on the Industrial Workers of the World Little Red Songbook, inviting viewers to sing along, karaoke-style, to a rewritten "Material Girl" that lays bare the plight of precarious workers with lines like, "Some jobs pay me and some jobs don't, I guess that's OK." Dawn George's Submission explores the same theme more starkly, by screening the artist's Negative Nature on a screen divided into 20 squares, representing the 20 festivals that have shown the film. The six squares not blacked out represent the festivals that actually paid George for the work. Sharlene Bamboat's Mechanized Labour shows the messy aftermath of an artistic protest of Tate Britain's ties to British Petroleum, which is left to migrant labourers to actually clean up, revealing an uncomfortable reality of labour and power.

These pieces, along with works by Katie Vida and Dana Claxton, serve as a provocative companion to Why are we saving All these artist publications + Other Galleries stuffs?, offering a glimpse of what future archives of this precarious time might look like.