The Beats go on | The Coast Halifax

The Beats go on

Allen Ginsberg’s nostalgic, candid photography is in focus at MSVU 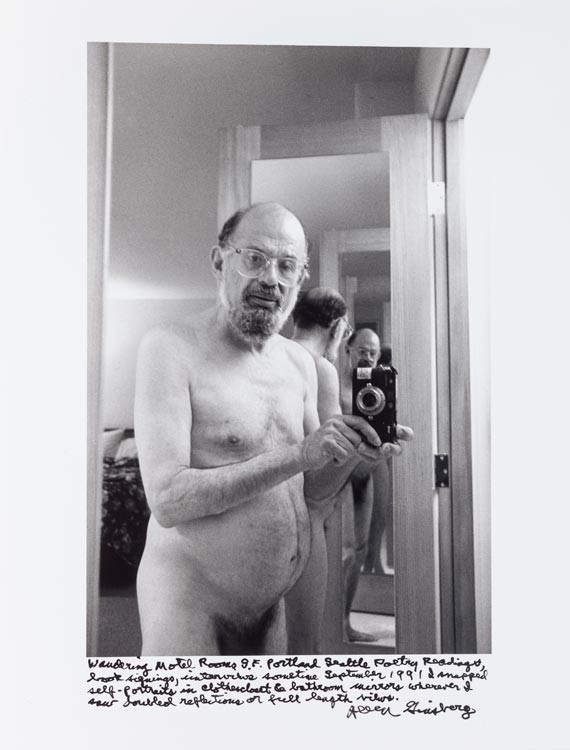 Until November 8, the MSVU Art Gallery is showing 116 framed photos taken by 1950s American Beat poet, Shambhala Buddhist and cultural visionary Allen Ginsberg (1926-1997). Gallery director Ingrid Jenkner explains that, along with his poetics, Ginsberg practiced photography on a daily basis while he traveled the world. Many photos are candid shots of his friends, literary giants like Jack Kerouac and Beats like Neal Cassady. The line from one of his lectures on poetics and photography, “We are continually exposed to the flashbulbs of death” reveals Ginsberg’s spiritual and philosophical preoccupations, which we can also see in this self-portrait taken in Seattle in 1991.

“What a lot of people may not realize is that Ginsberg’s production as a photographer was just enormous,” Jenkner explains. “This is one of many he took of himself nude in hotel rooms. He inscribed most photos to aid to his own memory; he often wrote inscriptions a long time after he took the photos.”

As a prominent member of of the Halifax-based Shambhala Buddhist movement—he performed here in 1995—Ginsberg associated the fleeting nature of life with those captured by film. “A moment was sacred. And in photos, we are looking at a moment that will never come back,” says Jenkner. “This transience made him think of his own mortality.”

“He was very interested in mirrored self-portraits,” says Jenkner. “He’d get multiple reflections of himself. The reduplication and doubling reflection made his photos self-reflexive. He was an attractive man but he was far from beautiful in 1991. But that didn’t deter him. He faced death in this way and documented his own progression towards it. I think it’s very typical of Ginsberg.”