Lessons learned on the Iranian Railroad for Queer Refugees

Ashram Parsi has saved thousands, but still has a ways to go. 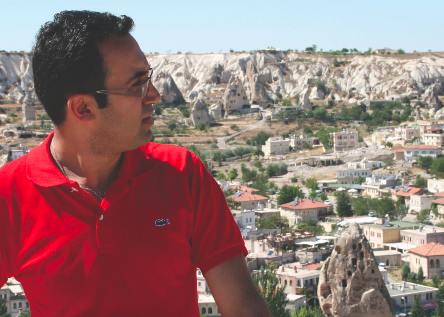 In 2005, Iranian queer activist Arsham Parsi became a refugee in Canada. Through his Iranian Railroad for Queer Refugees, he’s helped more than 1,100 other LGBTQIA Iranians escape a country where the punishment for having a same-sex relationship is death. In Halifax, LGBTQIA Iranians are supported by the Rainbow Refugee Association of Nova Scotia. The city is also home to Fernwood Publishing, which recently released Exiled for Love, a memoir Parsi wrote with Dalhousie University graduate Marc Colbourne. The authors spoke with The Coast about their new book.

Marc, why did you want to write this book?
Colbourne: When I was working as a social worker, one of my clients was a young man who was claiming refugee status based on his sexual orientation. His story affected me deeply—not just the pain and struggle, but his tremendous courage and resilience. Years later, I saw Arsham speaking in a documentary and was struck by this same courage and resiliency. I believe we all have a part to play in creating safer spaces for queer people and this book helps to build that awareness.

Arsham, what changes have you seen for Iranian queers since you left Iran?
Parsi: When I was in Iran, talking about LGBTs and their rights was taboo. No one dared to speak out. Today there are a lot of people who are aware of this issue and they have sympathy and empathy. We were able to bring change but we still have a long journey ahead of us.

What has been  your experience of the LGBT community in Canada?
P: In Canada the LGBT community has equal rights and has for many years. It is great but there are a lot of people, especially the younger generation, that have no idea how fortunate they are. I believe we all deserve to have rights and fun, but it does not mean that we ignore those people who are still being persecuted. For example, I criticize the Pride parade because I believe Pride in North America has become very commercial; they care less about non-profits and those groups like us. They put companies and banks, politicians and businesses ahead of those groups who actually fight for LGBT rights when they place them in the parade march.

Marc, as a Canadian, what insights did researching and writing Arsham’s story give you into human rights issues with respect to LGBT communities?
C: I learned of the difficulties that are inherent in adapting to life in a new country and culture. As a queer refugee, for example, you might not find comfort and connection within your ethno-cultural community as many other new immigrants do. You may not find belonging in the queer community because of your different cultural background or language barriers. So the question becomes: What can we do as a host community to break down these barriers?

Is being a safe haven for queer refugees something we need to celebrate more?
C: Yes, I believe we need to promote it more. It is the right thing to do and having a strong stance on international human rights issues makes other countries consider their own positions. And celebrating and promoting Canada’s willingness to be a safe haven will build awareness here at home. This will result in creating more inclusive communities and more groups that are willing to act as sponsors for queer refugees.

Arsham, what impact do you hope your book will have?
P: I hope this book will mobilize a support network to save people who are in danger, and in need, like Iranian LGBT refugees who are struggling for their lives even after leaving Iran.