Mutai started off running on the Kenyan national team, but found himself on stage cracking wise in Calgary. 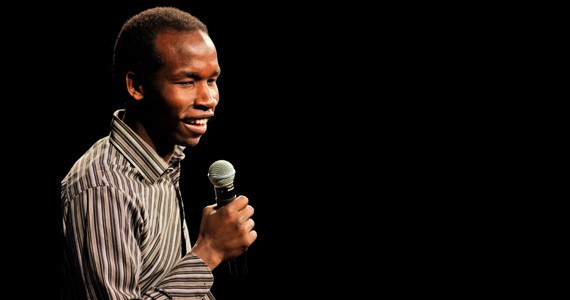 Doug Mutai's Kenyan roots got him on his feet and running, but while he was moving forward he felt something stronger pulling him back. A deep nagging sense that the sport wasn't propelling him to where he needed to be.

"Running is something that runs in my family. So I tried it out in college and I was on the national team," says Mutai. "I knew I wouldn't do running forever because I never had enough passion for it, but comedy was something that had always been there in the background."

When Mutai became a father he got that big kick that made him realize he had stop waiting and wondering, and just try his hand at comedy. "When my first child was born, it was then that I realized I need to chase my dream and figure out if comedy could be my career," says Mutai.

Not too long after, in March of 2010, Mutai had his first stand-up show at an open mic in Calgary (Mutai made the city his home in 2011). "It triggered something, and after that I continued to pursue it and have since fallen in love with it," says Mutai.

The adrenaline that Mutai got from running was nothing like the feeling he got from standing on stage and making people laugh. Coming to town for ComedyFest, it will be his first time visiting the east coast. So what's on Mutai's tourist agenda?

"Looking forward to meeting the people of Halifax who I've heard are super friendly and I'm eager to try out the beers---but will have to control my alcohol samplings" says Mutai, laughing. "But honestly, I'm borderline clueless about Halifax and have yet to plan out my trip---I'm such a procrastinator!"

Not Made for TV