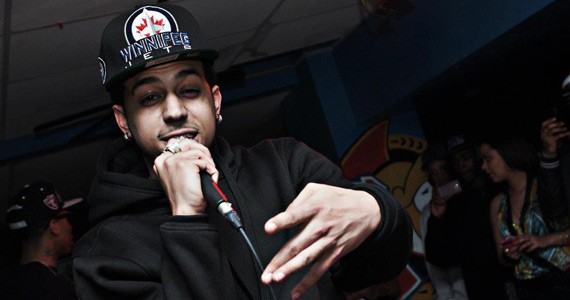 Making music comes easy for 20-year-old rapper Psyc Tha Prince (AKA Devell Thompson). With a home studio and an in house producer, it's easy to see why he started so young. "I started when I was 13," he says. "That's when I really started to record because that's when we got the studio in our house. My mom's boyfriend is a producer so me and my cousin Brave [Glendell Thompson] and RellzInYaGirl [Dorelle Parsons] started a group called GetItBoyzzz."

Those early days held a lot of encouragement, with MySpace views rocketing from 4,000 to 15,000 in a couple of weeks.

The experience shows with Psyc Tha Prince's debut, the Rollin Writin Rappin mixtape. Singles "Hoody" and "Weed and Shoes" (featuring RellzInYaGirl) have slick production, catchy hooks and two very different videos—"Hoody" depicts a raucous outdoor party, and "Weed and Shoes" is, well, shot at Mic Mac Mall. Featuring snacks at Cinnabon, a walk through the bedding section of The Bay and chilling out in front of H&M, Psyc says, "That actually was one of the funniest ones. We went to the mall just as an idea to get a couple shots and immediately security is on our back telling us to cap the camera so we just tried to stay low. Every time we go into the mall now someone notices us and is like, "Hey 'Weed and Shoes!'"

Psyc and Rellz are in the studio weekly, recording songs for their upcoming compilation mixtape, Youngest in Charge. Thursday's show will feature some brand new tracks. "My first mixtape was mellow—more for the chill smokers—and the new one shows everybody what we've got. It's got everything from hardcore trap to smooth songs," says Psyc. "I try to mix it up because it sounds like the first tape was just about smoking weed but I'm getting back to the versatility I had from way back. Obviously I wasn't smoking weed back then so I'm getting back to more lyrical strength."