Get swept away, or really pissed off 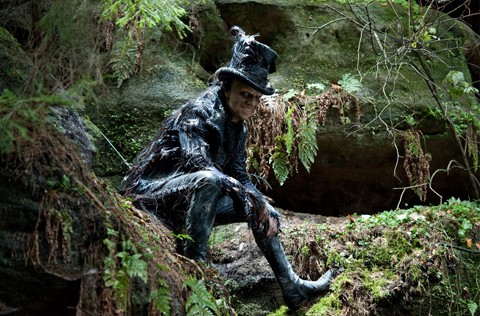 Everything is connected, or maybe not, but it all looks pretty and Tom Hanks is there in the massive Cloud Atlas. Adapted from the novel by David Mitchell, writers and directors Lana and Andy Wachowski and Tom Tykwer aren't shy on ambition in realizing their $102 million movie. A rotating repertoire of players, including famous folks like Tom Hanks, Halle Berry and Hugh Grant, embody multiple roles through six interwoven stories taking place across the centuries. A 19th century lawyer in the South Pacific learns a lesson about slavery. A 1970s journalist in San Francisco uncovers a conspiracy. A clone in the Korea of the future reveals a secret. And a primitive man in a post-apocalyptic world gets a startling visitor. With its grand scope, gorgeous visuals and unabashed earnestness, Cloud Atlas will either sweep you away or piss you off. Which is really the best you can hope for from a film.