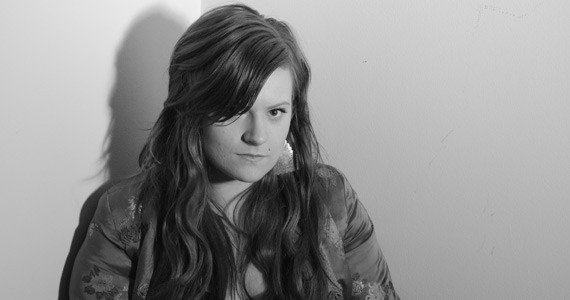 When you listen to Jessie Brown's rich, powerful voice, it's hard to believe she's new to centre stage.

"I still get quite nervous, but I love that excitement," Brown says, having eased into the spotlight. "When I lived in Moncton, I hosted karaoke nights so I could get used to performing and drunk hecklers."

The Halifax-based singer releases her self-titled album at Michael's Bar and Grill on Friday, an eclectic blend of rock, R&B, blues and two classic covers. The soul sister says she's always been a genre jumper.

"I found when I was writing, I couldn't tell what style I wanted to write in. I always wanted to change it," she says. When she moved from New Brunswick in 2009 to study voice at the NSCC, Brown discovered that R&B and classic rock could co-exist. "I fell in love with the mix," she says.

A trained pianist and vocal teacher, Brown played with funk bands before teaming up with Rob Crowell (Deer Tick), who produced her album at Echo Chamber Audio.

Outside of the modern music loop, Brown recorded the album to analogue tape. "I tried to keep everything as organic and oldschool as I could," she says, staying true to a style that is somewhere between Sabbath, Zeppelin and Queen, with a bluesy-soul influence. "I think that's where I fit in," Brown says, backed by an equally classic band.

"I remember Carmen [Townsend] said our guitarist looks and sounds like Jimmy Page. That's the style I'm attracted to and I think we pull it off," Brown says. But don't expect the live show to just replicate the recordings. "We like to play it a little different," she says. "A little louder and heavier than the album, because a live show should be its own experience." Despite being a bit shy, this star shines.