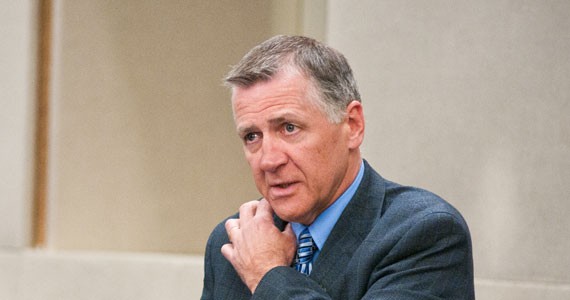 Jim Smith doesn't often stand out as exceptional, but he was one of only three councillors to rise to the occasion and vote to censure Peter Kelly and suspend him for a week. Good for Smith.

Otherwise, Smith hasn't much distinguished himself over the past year. He voted against removing the Hydrostone from the north end BID, but then voted for selling the St. Pat's-Alexandra site for development. He voted to send the Skye proposal to public hearing.

One of the most annoying traits among councillors is to see any development in their districts as a personal victory. That's a discussion for another time, but Smith demonstrated the view especially with the stadium proposal---he seemed to support it mostly because there was a good chance that it would be located in Shannon Park. He's right to be concerned about the re-development of Shannon Park, but this stadium was the wrong approach.