Q&A with A Sight For Sewn Eyes

All your burning questions answered 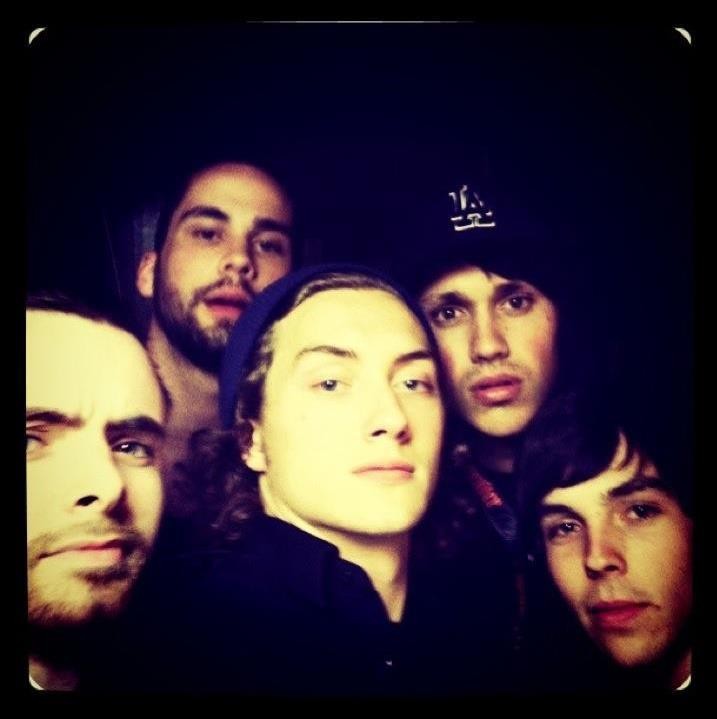 Halifax metal band A Sight For Sewn Eyes talk about getting signed to Distort and touring, and reminisce about home.

Q: What’s the story of getting signed to Distort?
Andrew Benoit, guitar/vocals: The Cancer Bats handpicked us to tour with them around the east coast to test our chops and see if we were capable of banging with the bangers. It seems we made the cut in their eyes. Distort owner, Greg Below, made the effort to check us out at a Hamilton show while we were on a small Ontario tour. Sure enough, he enjoyed it. With the help of our manager Richard Fernandes and the Bats as our supporters, we were discovered to be a great fit on the roster, and we could not be more honored. A dream come true.

Q: How has signed life been treating you?
Ben Brennan, bass: It's cool. I wouldn't say it's drastically different, but being signed definitely changes the way people perceive your band. It also means that there are people who take care of some of the more business-like aspects of playing in a band so that we can focus more on writing and performing to the best of our abilities.

Q: What’s the craziest experience you’ve had while touring?
Andrew Benoit: Our buddies in It Prevails mooned us on the highway while a cop was creeping alongside us who then immediately pulled us over. The cop saw what was going on but randomly decided to give us a ticket for going too slow on the highway. It was awkward, but hilarious. But, I've gotta say that the worst part of it all was seeing Nate’s hairy ass. Damn.

Q: What are some misconceptions about being in a touring band?
Ben Leathem, drums: You make A LOT of money... Not. You don't make too much, usually. Regardless of how much you make, most of that money is going into your gas tank, merchandise, van repairs, etc.

Q: What would you say is the most important thing while touring?
Joshua Hanusiak, vocals: Next to playing and giving it your all every single night, it would be networking. Meeting as many people as you can never hurts, it can be even someone letting you sleep on their floor. Having friends all over the country pays off in the end, you gain friends and sometimes very good connections.

Q: How does it feel to represent Halifax on the Distort label?
Ben Leathem: It feels amazing to represent Halifax. I love Halifax; I love calling it home. One of the best parts about getting signed is that we get to put Halifax on the map a bit more in our genre. There is a great scene in Halifax that needs to be noticed, and anyone who checks out our band will find out where we're from, and maybe show more interest in checking out more Halifax bands.

Q: What do you miss about Halifax while you’re away?
Johnny Walsh, guitar: Family and friends of course. If I'm ever away from Halifax in the summer, I miss it so much because there's nowhere better than Halifax in the summer.
Ben Leathem: I also miss having Scotsburn Fruit Punch around all the time. They only sell that in the east coast.

Q: What unsigned Halifax band do you think most deserves to be signed?
Joshua Hanusiak: It's a toss up between a few great acts. For The Hollow, We're Doomed, Quake, and Castle Wolfenstein.

Q: Any words of wisdom for your fans in Halifax?
Johnny Walsh: If you’re in a band and you’re interested in touring or just to play shows, its hard work. Jam a lot, write all the time. People will notice if you care enough about it.

A Sight for Sewn Eyes plays May 26 at Michael’s Bar & Grill in Halifax with We’re Doomed and For The Hollow. $9.99 advance/$12 door. Tickets are on sale now. Their new record, Alone Together, comes out June 26 this year.