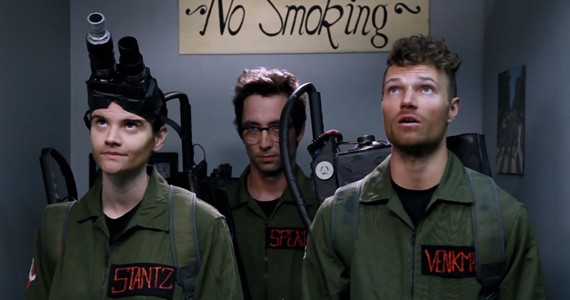 
Merely listing the amount of categories that Rich Aucoin totally dominated in this year’s poll could be a column in itself. He is nothing if not a hard worker, and it’s paid off not only in in this survey, but his career. It’s safe to say you like him, you really like him. Maybe it’s the magic of the technicolour parachute, the dazzling glitter of the confetti guns, the multimedia display that is his live show, the positivity that radiates off him like a woodstove, or maybe it’s his undeniable talent for writing a danceable song that hooks into your brain---you’ve let him know he’s #1, and he’s grateful. From Texas for SXSW, he writes: “Thanks so fucking much everyone. I’m so lucky to have these times with you. You all are so amazing and supportive to let me do this. I’ll keep working as hard as possible and hopefully see you soon. Fuck, I miss Halifax. Let’s hang in April.” Last year, Aucoin’s ambitious Halifax Pop Explosion show brought 80 musicians together for a recreation of his 500-musician strong album, *We’re All Dying to Live*, making it your pick for live show of 2011. Make sure to catch him next time he returns to a local stage (May 4 at Michael’s) after his lengthy touring stints (oh, just SXSW, Miami, Amsterdam, and Reykjavik this past year, nbd), get in early or whine about it alone at home.