Annick MacAskill sometimes still struggles to find the words for what she’s lived through. The thrice-published poet and translator takes such a deep pause when I ask her how much her latest book of poems—Shadow Blight, which won the 2022 Governor General Award for poetry on Nov. 16—was lifted from her real life, I almost think the call has cut. “I have experienced pregnancy loss. I have a hard time talking about it and formulating my experience in conversation—or even in prose,” she says, right before I ask if she’s still there. “And I found a way to express myself in this book through poetry. It felt like the most natural language for me to explore this topic.”


First, “I had a few poems and then I thought, ‘Well, maybe this is a suite of poems. Maybe this is a chapbook of poems,’ and then eventually, it became an entire collection,” she recalls. The book, released earlier this year by Gaspereau Press, explores, yes, pregnancy loss—but also “some of the less-discussed and unexpected feelings related to a loss like this, like anger and rage,” through a framework of ancient myth that calls Roman poet Ovid to mind.


“There were a lot of risks I took—formally and in terms of the subject matter. So, for one, I was writing really close to the bone and I was getting deeply personal with myself and forcing myself to confront some emotions and experiences I had found quite difficult,” MacAskill adds. “Also, I wanted to try things like playing with white space differently on the page: Incorporating more white space, playing with fragments. I also have epigraphs at the beginning of many of the poems that are citations from Ovid’s Metamorphoses, with my own translations.” 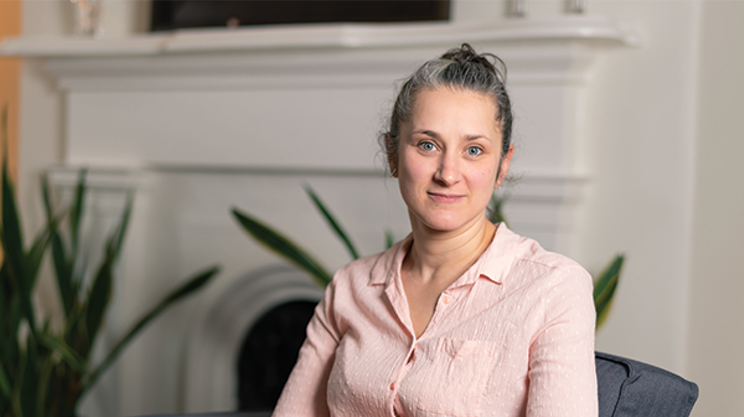 MacAskill’s Governor General win for poetry marks the second year in a row that a Halifax artist took home top honurs at the awards, one of the most significant national prizes for the written word. (Last year, it was Halifax playwright Hannah Moscovitch who won the Governor General Award for drama for her play Sexual Misconduct of the Middle Class.) I mention this to MacAskill, who replies: “One thing I would say about this province is that there are a lot of very queer and feminist voices at work right now. And I think it's exciting to think that the rest of the country—and the rest of the world—might start to pay a bit more attention to these voices.”

"For pregnant people who then have to go through the grief of losing what is, to us, our children: I'm glad if I'm able to offer some sort of articulation of that experience that might make room for the messiness and the suffering and the pain."


I ask MacAskill how this book helps with grief—either how writing it eased her burden or how it might help those dealing with a pregnancy loss themselves. It might be cheesy, I say, but in some ways I bet that helping her readers through her work feels better than a Governor General win. “Yes, it is cheesy, but there is definitely something to that, certainly,” she replies. “There is that human element that means so much to me. I have no words when people send me messages or emails or tell me in person that the book has been significant for them. For pregnant people who then have to go through the grief of losing what is, to us, our children: I'm glad if I'm able to offer some sort of articulation of that experience that might make room for the messiness and the suffering and the pain.”