What parties are cancelled, what festivals are postponed and other changes for the likes of Oysterfest, Afterwords, Hopscotch, FIN and Prismatic. 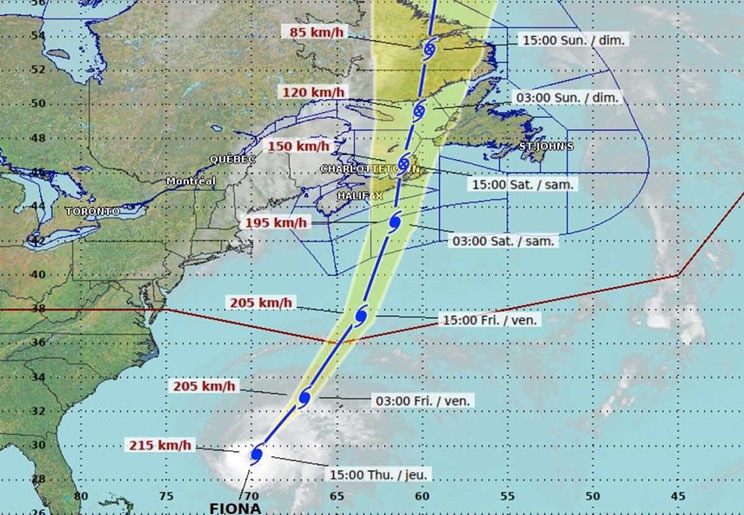 Have you bought some bottled water yet? Or figured out how you'll fill the time once the power goes out? Yep, Hurricane Fiona is on its way—currently forecast to hit Nova Scotia with major wind and rain starting Friday, September 23, with landfall happening near Cape Breton on Saturday, September 24—and will affect Halifax to a yet-unknown degree this weekend.

How to prepare for Hurricane Fiona: Get ready to batten down the hatches this Friday.

Local event organizers aren't taking chances: Many of the cultural happenings slated for this weekend have changed their plans. Here's a roundup of what's on, what's cancelled and what's in flux. If you know of an event that's making new plans, tell us about it in the comments below.

AfterWords has announced it will postpone the virtual writers' conference slated for this weekend, “as many of our presenters are in Atlantic Canada, and are likely to be without power when they should be online, presenting,” the fest says in an Instagram post. Tickets have been refunded and the writers' conference has been rescheduled for January 2023.

Everything you need to know about the 2022 AfterWords Literary Festival: The book-lover's event of the year returns Sept. 24-Oct. 2.

Also, AfterWord's opening night is slated to take place Saturday at the Halifax Central Library. As of yet, no decision on cancelling has been confirmed by the fest, which is advising attendees to check its Instagram and subscribe to its newsletter for updates on a contingency plan.

The film fest is almost over, but it has cancelled its closing night party that was slated for Thursday, September 22, from 9-11pm at The Light House Arts Centre. All of Thursday's film screenings, however, are still happening at Cineplex Park Lane—including Koumbie's Bystanders and Kevin Hartford's Lemon Squeezy, two of FIN's most exciting offerings.

FIN 2022: When life gave director Kevin Hartford lemons, he made Lemon Squeezy: On the eve of his feature debut at FIN, the Halifax director talks comedic sensibilities and making your own luck. 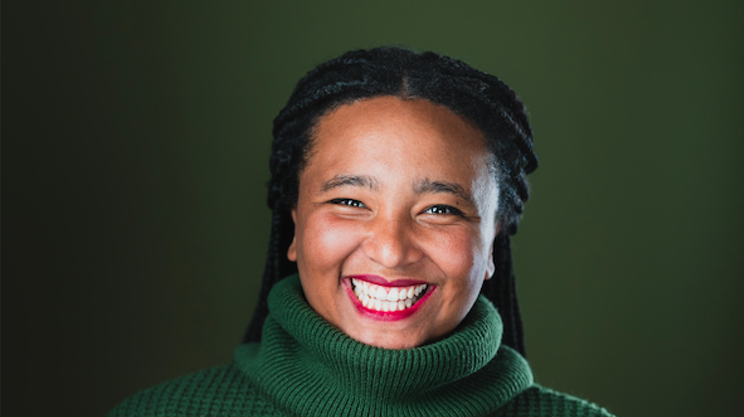 FIN 2022: Halifax filmmaker Koumbie knows we’re all Bystanders: Her first feature film, showing at FIN this weekend, asks “What do you do when someone you like does something you hate?”

The Coast's own Oyster Festival has decided to postpone from its original Friday and Saturday, September 23 and 24 dates, since the Halifax Waterfront will not be safe and oyster farmers need to stay close to home. Alternate dates are currently being arranged and ticket holders have been contacted by email.

The singer-songwriter's shows planned for Friday and Saturday at the Rebecca Cohn has been rescheduled for Sunday and Monday, September 25 and 26. Tickets for the Friday, Sept. 23 show will be valid for the Sunday, Sept. 25 show, and similarly Saturday, Sept. 24 tix will be good for entry to Monday, Sept. 26's show. No new action is required for ticket holders, but if you want a refund (or to buy tickets), head to Sonic Concert's website.

Prismatic Arts Festival is still planning on going ahead with Thursday's artist's talk featuring Brandon Hoax, happening at the Art Gallery of Nova Scotia at 7pm. The rest of the fest's lineup starts on Monday, Sept. 26—and as of press time, no updates have been made regarding potential delays.

Everything you need to know about the 2022 Prismatic Festival: The multi-disciplinary art festival returns Sep 22-Oct 9.

Hopscotch has made the call to cancel its September 23 shows after an emergency alert about the storm was issued earlier today. There's no word yet on what's happening with Saturday's programming, but the fest did mention its Sunday slate is still a-go, for now.

In an Instagram post earlier this week, Hopscotch announced all the shows it planned to hold outdoors at Grand Parade have been moved to the Light House Arts Centre, where the free gigs will be on a first-come, first-serve basis that prioritizes festival pass holders. The Sept. 23 and 24 shows see DJ Jazzy Jeff and Coast Contra with TOBi performing. The fest has cautioned that further updates may emerge as the weather develops.

Halifax's contribution to the Global Climate Strike planned for Friday has been cancelled. Which isn't necessarily a bad thing for the cause. The local climate strike was supposed to start at Victoria Park at 11am, but thanks to the sort of weather event that global heating makes worse, it's become a sign of the very problem it was seeking attention for.

The comedian was slated to play the Scotiabank Centre on September 24, but has rescheduled his show for October 14. All existing tickets will be valid for the new date, and people can get details via Ticket Atlantic.

Last Friday, days before the hurricane developed into a threat for Nova Scotia, Dalhousie University issued a statement about the "orchestration and promotion" of homecoming parties planned for this hurricane weekend. "We want to be clear: organizing and attending an unsanctioned and illegal street party is unacceptable," wrote Dal student affairs VP Rick Ezekiel, "given our responsibilities of kindness and respect to our shared Halifax community and fellow members of our Dalhousie community." Stern stuff! But given Dal's track record of pretty much failing to do anything about these drunken near-riots since the first HoCo party traumatized an off-campus neighbourhood in 2017, the police and residents are probably thankful Hurricane Fiona might do the job.

Why Dalhousie’s HoCOVID party is the perfect thing to be mad about: Everybody has a reason to be upset about the 2021 homecoming mess, even the drunken mob that made it happen.

Stealing homecoming: The untold history of HoCo 2017 and the student effort to turn Dalhousie’s alumni shindig into a rager for the ages.

The unsanctioned nature of HoCo makes it hard to find a public source issuing instructions about whether the party is called on or off due to the storm. Dal's official Twitter has so far been silent on the matter.