The Best Chef in The World tells the story of Sally Schmidt, an overlooked icon of American cooking. 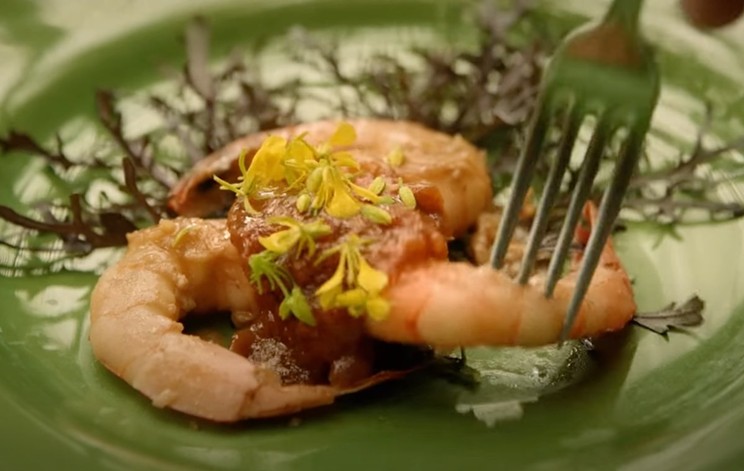 Screenshot
Be warned, Sally Schmidt's descriptions of French Laundry dishes, like this gingered shrimp with mustard and chutney, will make you hungry.

You'd be forgiven if, due to a certain slap, you missed when Ben Proudfoot's Breakwater Studios took home the Oscar earlier this year for best documentary short—but don't for a second think that Halifax missed seeing their hometown boy make good in front of the entire film world. Since then, Proudfoot's been busy on a new number, another op-ed doc presented through The New York Times (like his last two movies were) that came out this week.

Errisson Lawrence for imdb
Ben Proudfoot won an Oscar for another doc, "The Queen of Basketball," earlier this year.

Titled The Best Chef in The World, the 20-minute doc tells the story of famed California restaurant The French Laundry, a pioneering food destination—and its forgotten-to-history original owner and chef, Sally Schmitt. In Proudfoot's press release announcing the flick, he says that interviewing Schmitt—who left The French Laundry before it would be crowned the best restaurant in the world—showed him "that success may have other definitions" than the work-now, play-later model that both Proudfoot's father and the famed French Laundry chef Thomas Keller deliver.

Ms. Schmitt died on March 5, 2022. But in The Best Chef in the World, "she shares with delightfully coy candor a message about the rewards of balance and the trap of ambition," Proudfoot adds. "I made this film for all of us who struggle 'to stir and taste the soup' that already sits in front of us. Perhaps with time and Ms. Schmitt’s example, we will."

You can watch the short right here, right now.