The Coast has a reporter on the ground (and the red carpet) for the world's oldest film festival. 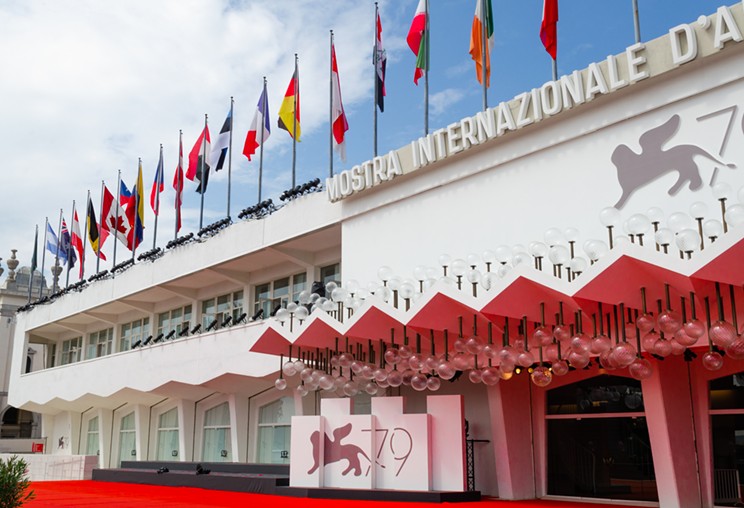 The illustrious Venice International Film Festival opens tonight, August 31, with its 79th edition running through September 10. The renowned Italian film fest, directed by Alberto Barbera, brings a dazzling lineup of international film stars together for screenings both in and out of competition. The highly sought-after Golden Lion award is given to the top in-competition film at the end of the festival. It’s been 90 years since the event’s inception in August 1932.

The opening ceremony also will present the Golden Lion for lifetime achievement to the iconic French actress Catherine Deneuve, 78. Denueve says it is “a joy to receive the prestigious award at the Venice film Festival, which I love.” In 1967, Deneuve starred in Belle de jour, directed by Luis Buñuel, who was awarded the Golden Lion that year.

The Golden Lion for lifetime achievement for direction will be awarded to American director Paul Schrader (The Card Counter, Cat People, American Gigolo) during the festival.

Notable films include Penelope Cruz in L’Immensita, directed by Emanuele Crialese; Tilda Swinton in The Eternal Daughter, directed by Joanna Hogg; French actress Virginie Éfira in Les enfants des autres, by France’s Rebecca Zlotowski; and Bones and All, starring Timothée Chalamet, Mark Rylance and Chloe Sevigny from Italy’s Luca Guadagnino’s (Call Me By Your Name, A Bigger Splash). The film is adapted from the book by Camille DeAngelis.

The festival’s outstanding lineup offers films for a wide audience to inspire young and well-seasoned filmgoers alike, all with the elegant background of Venice.