The feature Me, My Mom & Sharmila will be rolling tape in the province later this year. 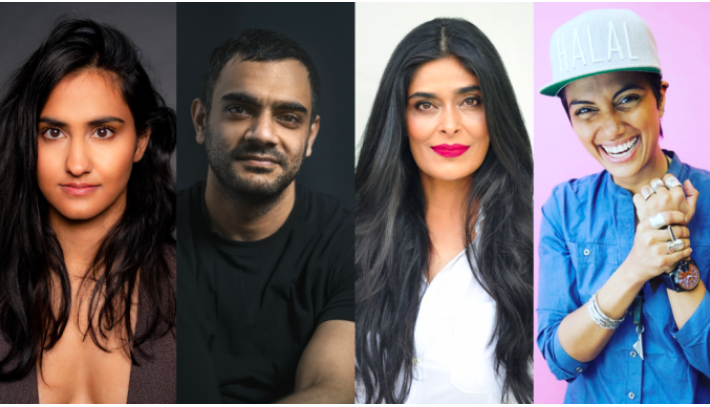 Shut Up & Colour Pictures/Baby Daal Productions via Variety
Cast and creators of Me, My Mom & Sharmila
Nova Scotia's film industry continues to boom as a new, buzzed-about flick announces its arrival: Me, My Mom & Sharmila—the debut feature of director Fawzia Mirza—is set to start shooting in the province later this year.

Based on Mirza's stage play of the same name, the film traces 48 hours in a woman's life as she departs from her home in Canada to her parent's home country of Pakistan (the movie is also slated to shoot in Pakistan for part of 2022).

Variety reports that Amrit Kaur, breakout star of the HBO hit The Sex Lives of College Girls, will star in Me, My Mom & Sharmila. The magazine also notes that Nova Scotia's Shut Up & Colour Pictures (known for its work on Night Blooms) will be producing the film. The mag adds that "Hamza Haq, who won best actor in 2021 and 2022 at the Canadian Screen Awards for CTV medical drama Transplant ; and Nimra Bucha (Ms. Marvel; Churails)" are rounding out the cast.


An advisor to the Sundance Film Festival and Toronto International Film Festival alum, Mirza was named a White House Champion of Change in Asian American Art and Storytelling in 2016.