Still courtesy of CBC
Son of a Critch plays Tuesdays on CBC and CBC Gem.

Correction: An earlier version of this story stated Ron James is from Newfoundland when the comedian is actually from Nova Scotia. The Coast regrets the error.

UPDATE: As of February 28, 2022, CBC has announced Son of a Critch will be renewed for a second season.

A half hour of scripted television is the sort of windfall comedians dream of manifesting, a sign their career (and fame) has shifted into a new echelon, with a wider audience and (presumably) bigger paycheques awaiting. After nine years proving himself both onstage and on the classic sketch show This Hour Has 22 Minutes, it seems Mark Critch has visualized thoroughly enough and burned sufficient incense: His very own sitcom, Son of a Critch, launched this month, airing Tuesday nights on CBC and CBC Gem.

Like other comics before him—notably Chris Rock and fellow east coast laugh legend Ron James—Critch’s series focuses on his childhood, a painstakingly detailed portrait of 1980s St. John’s that inspired his 2018 memoir of the same title. (Between this book and its followup, Embarrassment of Critches, one wonders what other name-based puns the funny guy has on his whiteboard: Maybe a rom-com called Seven Year Critch? If you’re reading this, Mark, take that idea and run.)

The series opens with young Critch dreading the first day of school. The vibe of an old man trapped in a preteen’s body is well established in the character’s orthopedic loafers and his preference for vintage Sinatra (“I don’t like the newer stuff” he tells a bewildered classmate who’s listening to Van Halen on a Walkman). This bit reaches its comedic apex when, after a day rife with bullies (including a girl who takes his lunch), young Critch comes home and drops the needle on Ol’ Blue Eyes while pouring two fingers of apple juice. It made me chuckle, but the Don Draper allusion was laid on too thick. Is Critch trying to nudge his audience, or pacify them?

In the two episodes made available in advance to reviewers, plotlines are evenly split between Critch’s home life and school, with Critch himself offering narration as well as playing the father. Setting a show today in a Catholic school where nuns threaten kids with the strap feels at turns tone deaf and oblivious. But thankfully, by episode two most antics are set in the schoolyard. These moments—where sparks fly between child Critch and the girl bully; where he befriends the school’s lone student of colour and tries spicy food for the first time (“In our house, food was boiled…Supper was ready when there was steam on your glasses” narrator Critch says, causing me to cackle)—are when the series shines, reminding you of childhood feelings long forgotten. Unafraid of skewing sweet without teetering into syrupy, the social dynamics and would-be romances are light and nostalgic. This is when Son of a Critch is at its best, tapping into the universal yearnings and big feelings that mark coming-of-age tales in a goofy way. 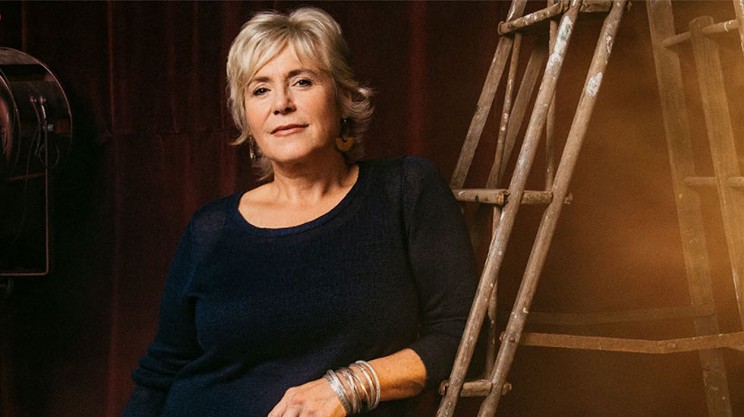 Cathy Jones is off CBC’s 22 Minutes after 28 years: “They were decent to me,” Jones says about the long-running satirical news show.

Another bright spot in the series—which I hope gets used more as the season progresses—is the relationship between young Critch and his grandpa. The odd couple are roommates, with much comedy coming from the lack of privacy young Critch is afforded with this setup. At a funeral, the two sit together feasting on sandwiches and critiquing the coffin, like a mis-matched Statler and Waldorf. A crackling chemistry makes their friendship deeply, delightfully believable.

And while great pains are taken in both establishing shots and narration to underscore how zany Critch’s upbringing was, it doesn’t strike as unique as he seems to think it is. (I, growing up a decade later in a different province, recognized many of the things he deems noteworthy.) The remainder of his family feel like flat stock characters, with wildly inconsistent accents: Child Critch has no accent, while his mother is a Newfoundland timbre that’s calcified into a housecoat-wearing mom.

This Hour Has 20 Years: Celebrating two decades of sharp political satire made in Halifax, This Hour Has 22 Minutes is still going strong.

Will young Critch learn to fit in? I doubt it. Will he and his grandpa get more show-stealing banter? I hope so. I’ll be tuning in to find out.