If you don’t want your vote, give it to an immigrant who can’t vote | The Coast Halifax

Permanent residents who are not Canadian citizens are not eligible to vote in the 44th federal election. 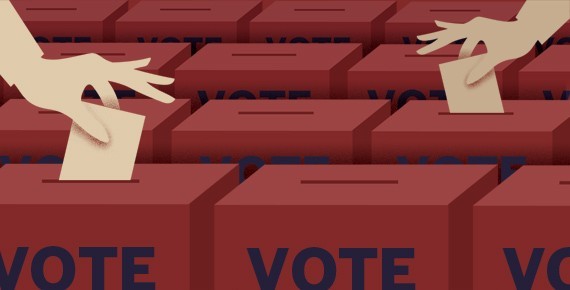 Immigration represents a large portion of the population in Canada—most of us are immigrants to Turtle Island, after all—but you might not be aware that only immigrants who have achieved Canadian citizenship can vote.

Temporary workers who come to this country and contribute to its economy cannot choose their political representative. Lowering the expensive tuitions for international students in Canada is not part of the mainstream political agenda because international students cannot vote. Permanent residents are not welcomed on election day, even after all the troubles and tribulations of having a permanent status in Canada, because they are also not allowed to vote. Only the oath of citizenship will make them Canadian citizens with the full right to vote.

Efforts have been made in some Canadian cities, including Halifax, to allow permanent residents to vote in municipal elections. Organizations like the Migrant Rights Network have been pushing to make immigrant rights part of the agenda in this election. But nothing has been done at a provincial or federal level, and the main federal parties don’t have a stand on the issue, like the NDP’s Jagmeet Singh told The Coast when sharing intentions to lower the voting age to 16.

Facing a similar situation in Spain, Safia El Aaddam started a campaign to bring awareness to the fact immigrants couldn't vote in European and municipal elections. The idea was to connect eligible voters who didn't want to vote, with immigrants who are not allowed to vote but want to. The campaign goes under the hashtags #VotarEsUnDerecho ("voting is a right") and #TeCedoMiVoto ("I give you my vote").

Is a citizen allowed to vote on an immigrant’s behalf in Canada?

“There are no proxies in voting, you have to be a Canadian citizen,” an Elections Canada agent tells The Coast on the phone, notably confused by the specificity of the question. A second agent cites a specific excerpt from the Canada Elections Act to make their case: "No person shall, in a polling station or in any place where voting at an election is taking place, influence or attempt to influence electors to vote or refrain from voting, or to vote or refrain from voting for a particular candidate or registered party, at the election."

That excerpt from the Act only talks about influence at a polling station, not an agreement made between consenting people and a hashtag, so it sounds like voting for an immigrant is allowed as long as the plan is hatched away from the ballot box.  Could it be that simple?

"They can say that you can't ask people to prove how they voted, and they can say you can't campaign at a polling station," says a Halifax lawyer who would only give legal advice anonymously. "But they cannot tell you not to try to convince people to vote the way you want them to."

Elections Canada spokesperson Matthew McKenna concurs, equating the idea of voting for an immigrant to the sort of strategic voting plan that targeted then-prime minister Stephen Harper in 2008. "The Canada Elections Act allows electors to take part in strategic voting, whether it is on the internet or in other forums," McKenna says in an email. "We ask electors to be cautious when partaking in these types of activities as they have no assurance that an agreement will be carried out by the other person, as voting is secret."