Out of 55 seats in the legislature, 31 are filled by incumbents returning to office. 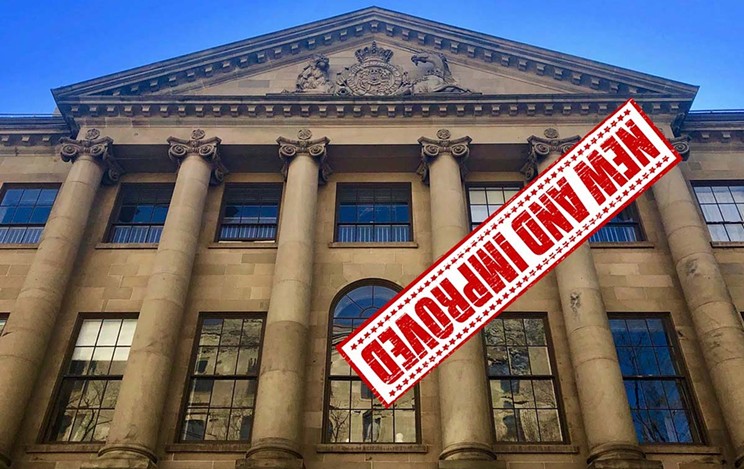 @NSLeg Facebook
The brand-new totally different but mostly exactly the same members of Nova Scotia’s historic legislature are sworn in this week.

This week, the 55 people who won the recent provincial election get sworn into office, and Progressive Conservative Party leader Tim Houston officially becomes premier Houston, leading a PC majority government. The swing from Liberal to PC might seem like a major message of change coming from the electorate—which turned out in pretty typical numbers at just over 55 percent of eligible voters casting a ballot according to Elections Nova Scotia, not the 35 percent figure that’s been bandied about on social media.

But the brand-new 64th General Assembly of Nova Scotia’s legislature features a group of MLAs made up mostly of incumbent politicians. Out of 55 provincial ridings, including four introduced in this election, 31 seats went to candidates who’d already been serving in office. The bounty of utterly new MLAs representing peninsula Halifax is the exception in Nova Scotia, not the rule. Here is a chart of all the people elected into the new legislature, incumbents marked in yellow. Some of the incumbents’ riding names may have changed in the redrawing of the electoral map, so we’ve noted the former ridings where applicable.

The Halifax paradox of Nova Scotia politics: Why the best city in the world is a political liability at home.