The famed conceptual artist spent decades as NSCAD’s president during his 45 years in Halifax. 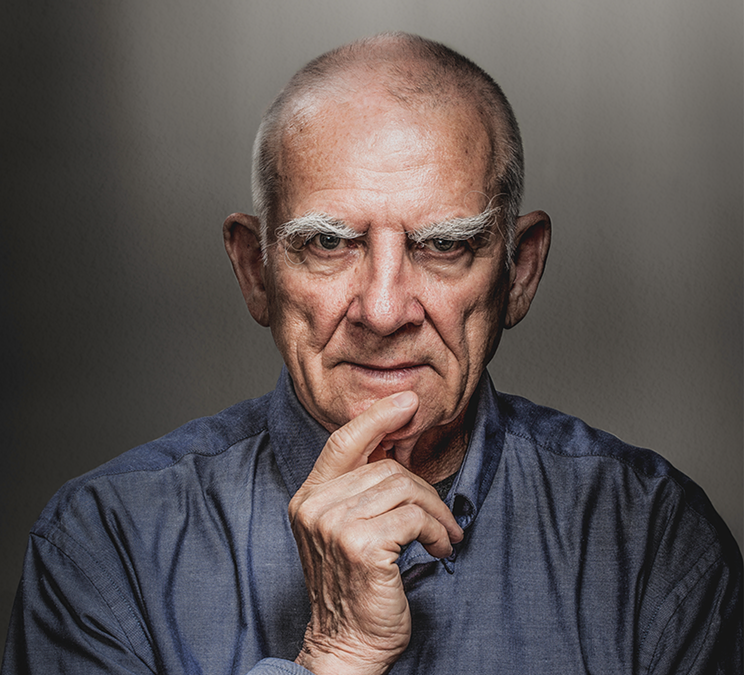 Garry Neill Kennedy, the conceptual artist and educator who revolutionized the Nova Scotia College of Art and Design, passed away Sunday morning in Vancouver at the age of 86.

Kennedy spent the last seven years of his life in British Columbia, where he moved to teach at UBC with his partner, artist Cathy Busby, after 45 years spent in Halifax. Despite a struggle with dementia, Kennedy continued to make art while on the west coast. In 2018 he created a new installation of a 40-year-old project called Remembering Names, in which he tried to recall the name of every person he’d ever met, from classmates to colleagues and childhood friends.

“Trying to remember the names of all the people he had ever known was a way of taking stock,” Eric Cameron wrote in the May 1977 issue of Artforum. As details from the artist’s life began to escape him, the project became all the more complicated.

Kennedy’s life is storied and accomplished. A retrospective of his work was presented in 2000 at the National Gallery of Canada, and in 2004 he received a Governor General's Award in Visual and Media Arts. That same year he was also made a member of the Order of Canada. Though the artist received national and international recognition, it was in Halifax that Kennedy truly made his mark.

From 1967 until 1990, Kennedy served as the president for NSCAD. His time leading the university has become the stuff of legend in the art world: Kennedy’s forward ideas transformed what had been an unknown, conservative art school run out of a church into an internationally recognized mecca for modern arts education.

When Kennedy arrived at the school after studying and teaching in Wisconsin for a few years, the local art community wasn’t ready to accept a brash young artist at its helm. The 32-year-old Kennedy created pop and conceptual art that challenged the status quo, which was abrasive for the school’s more Victorian sensibilities.

“All hell broke loose. There were all kinds of phone calls and serious protests with students in the streets,” he said in a piece for Artforum. “I’m not sure they quite understood what they had gotten themselves into when they hired me. I mean, Color Field painting was, you know, far out in Halifax, let alone Conceptual art! So I landed with a bang.”

In the decades that followed, NSCAD would come to not only accept Kennedy, but be changed for the better because of him. Kennedy—whose work often confronted institutional power and politics—put the school on the map during the Vietnam War, when he encouraged his students and visiting artists to explore the topic in their work.

After 23 years as NSCAD’s president, Kennedy stepped down to focus on teaching and making art of his own in 1990.

"Having a president teach doesn't happen anymore because there's so much crap to do. You become separated from what the place is about. I would've stayed on longer but I was burned out," he told The Coast in 2014.

As the news of his passing spreads, Kennedy’s loss will be felt by artists, friends and admirers across the country. No details about a funeral service or memorial have yet been released.