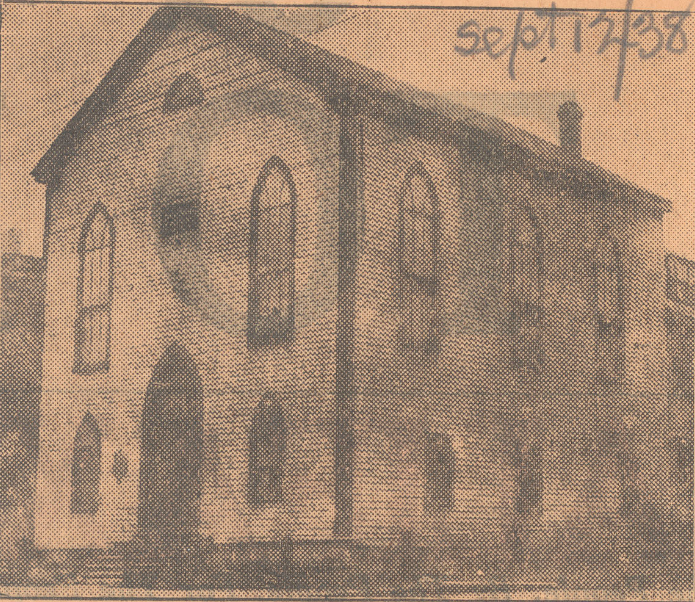 The Halifax Regional Municipality is seeking an African Nova Scotian artist to help create an interpretive panel that will reflect on a 19th century Black Methodist church that once stood on Gottingen Street. The chosen artist will create a rendering of the African Methodist Episcopal Zion Church, which opened in 1846 and was demolished around 1955. During that time, the church lived on the southwest corner of Gottingen and Falkland Streets, formerly known as Squiggle Park.

Currently, the HRM plans to revive the plaza on that corner with bicycle racks, new trees and right-of-way improvements. On top of that, the new interpretive panel will include information on the importance of the church and spirituality in the African Nova Scotian community.

HRM spokesperson Brynn Budden said the artist’s rendering will be loosely based on a 1938 photograph of the church. The artist will also work with the municipality and the Black community to create a piece that can be photographed and included in the interpretive panel.

“There were several conversations with individuals and representatives of local organizations that informed the direction for this space, including the interpretation of the Zion Church,” Budden said in an email.

She said those included the Delmore Buddy Daye Learning Institute, New Horizons Baptist Church (which was created by Black refugees in 1832), Africville Genealogy Society and Amherst’s Highland African Methodist Episcopal Church. For the renovations, the HRM will also work with the African Nova Scotian community and the African Nova Scotian Affairs Integration Office.

Overall, the project is valued at $5,000 and covers all expenses including materials, consultation time, travel, printing and a negotiable artist's fee.

All interested artists can attend a virtual information session on June 30 at 3pm and apply for the project by July 12. The chosen artist must be able to participate in community discussions hosted by the HRM throughout July and August.

Artists who apply will have to submit photos of their work and explain why they’re interested in participating in the project, their collaboration experience and their knowledge of the African Nova Scotian community. The city expects the project to be completed in early fall while the interpretive panel is set to be installed in late fall.

At the end of May, the HRM completed the Africville Interpretive Project. That project saw five steel interpretive panels installed in Africville Park, to share history and a glimpse into the lives of the African Nova Scotians who lived in the community prior to the 1960s.

Both projects are part of the municipality’s Culture and Heritage Priorities Plan. “This plan will seek to establish an interpretive program with an emphasis on telling the stories of historically underrepresented groups including African Nova Scotians, Mi’kmaq and Acadians,” Budden said in an email.