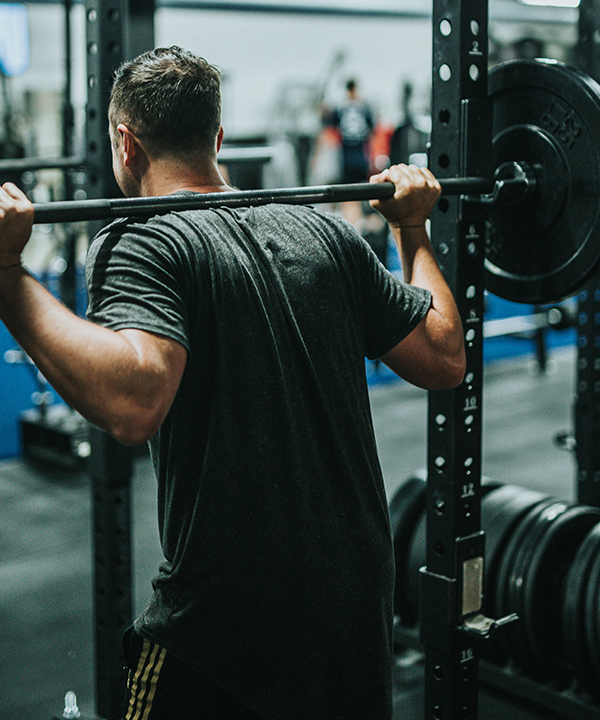 It’s a special kind of person who squints at the first rays of dawn glimmering through their bedroom window as a cue to get the day started. The bakers, baristas and dog walkers of the world, who are up and out the door before most have finished their last REM cycle, get the crank turning on our fine city each morning. Mathew Benvie of Evolve Fitness in Halifax insists that his clientele—the ones who alternate between coffee mugs and dumbbells for their bicep curls—is made up of the same subsection of the population, the ones who will instead opt out of their last hour of duvet-cocooning in order to get an early morning sweat on.

And come Wednesday at exactly 8am, all Nova Scotians will be waking up to a new set of rules as we enter the second of five phases which will eventually carry us out from living under COVID-19 restrictions.

How to use our map of HRM patios for max sun fun: A guide to the interactive map’s functions, and where it goes from here to become better.

Phase 2 reopening is a go Wednesday in Nova Scotia: June 16 marks a number of important changes in the province’s COVID reopening plan.

One of the sectors that will be opening up to indoor patrons for the first time since April 23 are gyms, studios and fitness centres of the city. And while that 8am hour for the official start of Phase 2 may feel suitable for most business owners who orient themselves around the 9-to-5 grind, for gym owners like Benvie, it’s a detail of the province’s reopening plan they hoped to get ironed out by Tuesday's provincial COVID briefing.

“Since we’re a gym, we see most of our clients well before 8am,” Benvie said during a phone interview, less than 48 hours before he was set to unlock the doors to his studio.

Details for the second phase of reopening have been outlined on the province’s reopening website. Questions, however, were still bubbling up in the days ahead of untethering jump ropes from gym walls: for instance, would locations offering higher intensity workouts be required to keep clientele three metres apart, as they were required to do upon reopening in the winter?

For Hannah Kovacs, owner of the fitness boutique Move East, this was one concern that, six days out from reopening, was causing her to be racked with nerves. 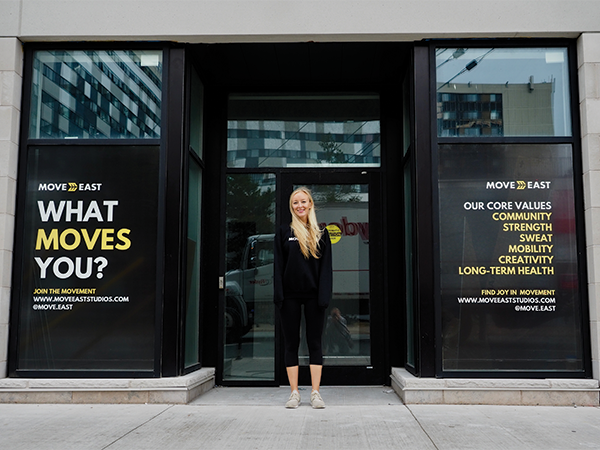 “On Wednesday we turn on the ignition and our entire business model turns on,” she said in a phone call recently with The Coast. “And so the closer we get, the fewer days we have to turn on the ignition, and it's just a massive amount of work to get right back off.”

She received an official green light from the province on Tuesday morning, and was told she wouldn’t in fact need to keep the three-metre-distancing previously required in earlier restrictions.

Move East moves in on Quinpool: Hannah Kovacs’ coming-soon fitness studio welcomes folks of all fitness levels to get together and sweat.

The province has so far indicated that fitness facilities—gyms, yoga studios and climbing facilities—and sports and recreation facilities can operate at 50 percent capacity with at least six feet between workout stations.

Larger locations, like the Fitness FX’s of the city, are allowing their weight-lifting patrons to book 1.5-hour time slots and will also operate at 50 percent capacity, with masks being required at all times (except during active sets).

But for smaller studios, the concern of the three-metre distancing rule hung heavy in the days leading up to Wednesday’s reopening.

For Benvie, if the added restriction of a three-metre distancing rule was implemented, he explained, it wouldn’t really impact Evolve's classes as their model is already based around smaller, personal training sessions.

But for Kovacs at Move East, and likely many other gyms offering high intensity, small class workouts, the studio was already at 50 percent capacity with just two metres (six feet) of distancing.

“When we closed, we were at six feet. And that was kind of the standard for everything. So I'm just hoping and praying that it’s still the six feet rule,” said Kovacs, whose studio opened in the fall of 2019. “We’ve spent nearly six months in lockdown of our entire 18 months in existence.”

“I don’t think you’ll speak to any business owner who says, ‘oh yeah, I could do this again.’ Very few of us have the stamina.”

The Move East founder is also part of a smaller group of gym and fitness owners from around the city who have been consulting with the premier's office throughout the most recent lockdown to create a relationship between their industry and the government. And from where she’s sitting, she believes there’s been a vast improvement in terms of communication between the two over these last few months.

“I do feel, more than I have in the past, that there's effort put in by their office to establish a more foundational relationship with our industry,” Kovacs said.

And while both gym owners say they’re not afraid to criticize the government when they feel there’s something being overlooked, overall, they’re happy that Robert Strang and premier Iain Rankin have decided to stay the course of a slower reopening.

“I think you don't have to look too far to other provinces’ governments who clearly don't know anything about the small business communities that they are making decisions on behalf of,” said Kovacs. “There's always something to do better and I will take every opportunity to deliver that feedback. But I'm also really grateful that the time has been put in to hear us.”

Even if the lockdown was handled better in Nova Scotia than in other provinces, entering lockdown this past spring—the third of its kind in the last 16 months—still went down about as smoothly as a kettlebell to the toe.

“I don't think you'll speak to any business owner who says, ‘oh yeah, I could do this again,’” Benvie said. “Very few of us have the stamina.”

In addition to opening up halfway through the month after being out of business for nearly two—“we only have less than two weeks in the month to generate revenue, which won't cover our bills,” Kovacs points out—gyms opening up this week have the added obstacle of trying to retain members ahead of a season when they usually see a big drop off.

“It’s actually the worst time of year for us,” Kovacs explained, adding that her studio is trying to combat the “vacation mode” instinct by offering promos to give that extra incentive to get people in the door and on the mat.

“Even with travel restrictions still in place this summer, people fall out of their routines when they’re off or have the kids home,” said Benvie, who’s keenly looking forward to September when the province will (hopefully) be in the last phase of reopening and routines will, like the seasons, be falling into place.

Despite being able to offer outdoor classes for smaller groups of burpee fanatics in recent weeks, both gym owners are anxiously awaiting Wednesday’s reopening with a kind of magical first-day-of-school jitters.

And the raw joy that this week could perhaps be the last time they’ll have to send out the unlocking membership emails and adorn their social media feeds with the “reopening” title cards is something perhaps words can’t capture. But the ability to see their clients' smiling eyes (masks, Benvie points out, make it so you only see the corners of their eyes turning up, “but that’s still something”) walking through their doors before sunrise will.

“It might seem small, but the gym is where a lot of parents and generally busy people find they can take one hour away for themselves to be part of something,” Benvie explained. “I’m happy that we can create that community.”

The aria of shoes squeaking on the gym floor and neighbouring fitness buddies panting their way through a workout is a sound most try to block out as they sweat their way through their last circuit of planks and jumping jacks. But for Kovacs, it’s that exact symphony of people inside her studio shuffling through lines of squat jumps and deadlifts that’s been getting her through these last few weeks of shutdown.