Imagine the city if talents like Ursula Johnson and Raven Davis had large-scale artwork all over the place.

Imagine a Halifax where every public space had art as part of it. Close your eyes and picture a trip to the mall that included taking in a mural or two. A visit to a government building also meaning a visit to a mixed-media installation.

When, this Wednesday, Halifax Regional Council voted unanimously to spend $125,000 to help foot the bill of the art installations at Queen’s Marque, it felt like the perfect time to ask: Why can’t Halifax be so full of public art that a walk down the street feels like strolling in an open-air museum? What if we made it so that, instead of waiting until the next Nocturne festival to get a fix of art injected into unexpected places, we made our city feel like a never-ending version of the event?

The best part? There’s more than enough local talent deserving of a large-scale installation. Here, we’re highlighting five artists we can’t believe some rich developer, big donor or the city itself hasn’t tapped for a public piece of artwork.

RITA TAYLOR PHOTO
There should be so much Ursula Johnson work around this town, we'd get sick of it.

1. Ursula Johnson Considering that the first Atlantic Canadian artist to take home the Sobey Award (the biggest prize in visual arts in the country) lives right here in Halifax; considering that she had a residence at the prestigious Banff Centre for the Arts; considering she co-authored the first-ever text to translate contemporary art discourse into Mi’kmaw; we have to ask: How has Johnson—who blends installation, sculpture, performance and traditional Mi'kmaq basket-weaving—not been given carte blanche to build something challenging and beautiful in a public space in Halifax? Since she’s one of the biggest names in art at a national level, we should be sick of seeing her work around town. Instead, the city’s newest gallery was able to claim her as part of their roster, showing how badly Halifax needs Maynard Street’s The Blue Building, where Johnson will be part of the gallery’s upcoming solo show ITHA: Living Room.

Ursula Johnson rewrites the book: The lauded artist—along with translator Diane Mitchell and curator Robin Metcalfe—tells the story of her work in an ambitious, trilingual catalogue.

RILEY SMITH
Raven Davis woke settlers up to the fact that celebrating Canada is celebrating genocide.

2. Raven Davis
If you, too, can never forget the punch-in-your-gut imagery that was Raven Davis’s The De-Celebration of Canada—the show the 2-Spirit artist staged at The Khyber during 2017, when Canada 150 celebrations tore scars of colonialism open afresh—you don’t need an explanation of why they belong on this list. Combining installation, performance and mixed-media practice, they woke settlers up to the fact that celebrating Canada is celebrating genocide before it was cool for your north end hipster pal to hang a #CancelCanadaDay poster.

Don’t even think of calling Davis a one-and-done, though. These days, they’re on the shortlist of five national teams pitching a design for the proposed national 2SLGBTQ+ monument that will be built in Ottawa to represent the generations of 2SLGBTQ+ people who have faced discrimination in this country. (Also on Davis’s team? Artists Arjun Lal, Robin Metcalfe, Fathom studio, two-row and MVRDV.) The fact that they’ll have a shot to co-create a national monument before getting a chance at a large-scale public piece in Halifax feels too indicative of our inability to appreciate our artists until after they’ve moved away.

3. Lou Sheppard
The two-time Sobey Award longlisted Sheppard works in a mix of audio, performance and installation-based practice—a combo that’s taken them to residences in Paris, New York and at Banff, and seen their work shown in Moscow and Venice. Oh, their resume also boasts the 2017 Emerging Atlantic Artist Award. With a focus on what one artist’s statement calls “acts of queer attention,” Sheppard is a perfect pick for a piece of public art that challenges viewers to think outside the binary. (Bonus cool points—not that Sheppard needs ‘em—come from the fact that they are represented by the IOTA Institute, a Halifax-based creative agency that’s the visual art equivalent of being signed to the city’s hottest record label.)

Because we still need art to live, the Sobey Art Award's long list just dropped: Each of the 25 nominees gets a $25,000 purse.

submitted
“In connecting with art, we connect with each other,” says Lindsay Dobbin.

4. Lindsay Dobbin
The curator of Nocturne’s 2020 festival and part of one of last year’s most exciting gallery shows (that’d be Dalhousie University Art Gallery’s Gut Feelings, which also contained works by Lou Sheppard), Dobbin is the sort of insider-y, artist’s artist who keeps the scene going with groundbreaking works that defy genre categorization. “Art helps us: In connecting with art, we connect with each other, we orient ourselves in time,” Dobbin told us in a 2020 article looking back on the year in visual arts. This is the exact understanding of art’s value that would make a sound-art installation by Dobbin a one-of-a-kind experience, right here in HRM. 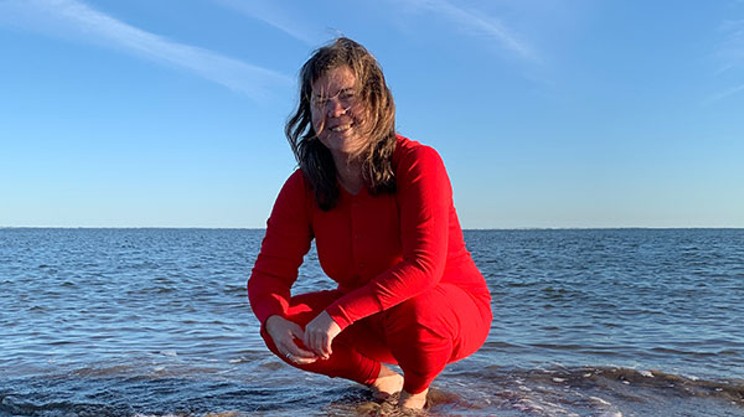 Our collective art beat: The best thing to happen in visual arts this year? There were too many choose. 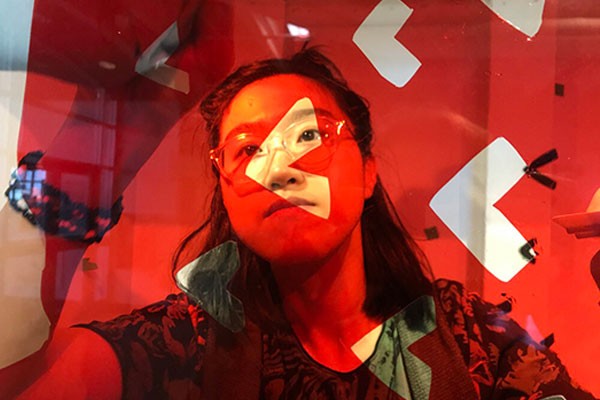 5. Jenny Yujia Shi
Large-scale works that have been displayed everywhere from The Khyber’s window installation space to indie gallery Studio 21 are Shi’s calling card, taking thematic inspiration from her own self-described “immigration limbo.” Because a Shi piece is made of the red arrows that mark her passport or form queues in public spaces; because they’re often composed of the hulking, anonymous figures that comprise any given crowd; a public artwork by her would be the perfect, meta melding of subject and space.