Film still
If you're still obsessed with The Queen's Gambit, let Lovena scratch your itch for chess-fuelled drama.
By the time the fifth annual Halifax Black Film Festival's lineup dropped last week, it felt like a light beam, sent to banish the last shadow of a doubt. Yep, in a world where we can depend only on death and taxes, we can also count on one other thing: That this indie-flick-loving event's roster will be stacked.

Held completely online this year, HBFF will ring in year five with 75 Canadian and international films, ranging from animated shorts to full-length documentaries. Tune in from $12 per screening or buy a full access pass for $49. All the movies in this year's fest are viewable starting at 10pm on February 23. Ticket and streaming links are available through the fest's website.


While the most ambitious movie-lovers will (and should) plan to watch 'em all, here's a few standout picks to get your next HBFF binge session started:

For fans of How To Get Away With Murder: A Storybook Ending

Lanre Olabisi's narrative short film starts off as fresh-faced as Annalise Keating's law students on the first day of school—but much like the Viola Davis-starring series, the surface of Olabisi's movie quickly cracks under the pressure of deeds done and secrets kept. The addictive, can't-look-away messiness makes for a compelling watch as a Black man and his partner try to cover up his accidental killing of a white cop—all while a pair of bystanders try to make bank blackmailing the situation.

Film still
The rich use of colour and light in BOY recalls some of Oscar winner Moonlight's strongest scenes.
For fans of Moonlight: BOY
It might seem like hyperbole, but trust: Antony Acheampong's 14-minute short following a nameless protagonist struggling to find his place in the world shares the same atmospheric, impressionistic vibe that nabbed Moonlight the Academy Award for Best Picture in 2017.

For fans of The Queen's Gambit: Lovena
By now you've likely binged the Netflix mega-hit (and maybe even the documentary about the series' creation), meaning you know Anya Taylor-Joy's breakout role is about a lot more than chess: It's about honing one's talent, overcoming adversity, and finding a sense of self through excellence. Expect a double dose of all these themes and more in Lovena, the half-hour flick charting the rise of French Guiana's chess champion—who happens to be an undocumented Haitian immigrant teen. 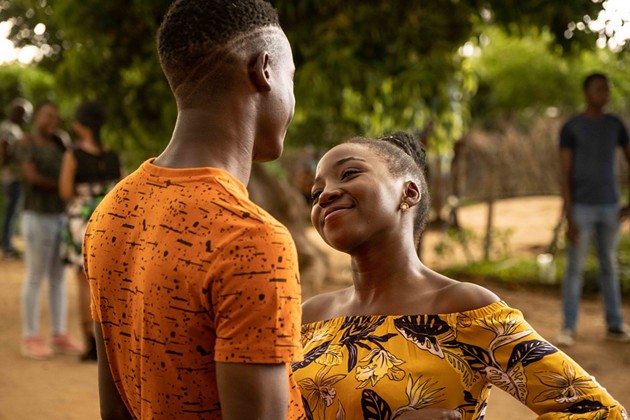 Film still
In Shaina, a talented engineer-in-the-making needs to overcome her lack of confidence and the tumultuous circumstances surrounding her and her friends.
For fans of The Expanding Universe of Ashley Garcia: Shaina
While the short-lived Netflix series tracing the life of a teenage robotics engineer-slash-rocket scientist was shelved after 15 episodes, those of us needing a dose of girl power need look no further than the feature film Shania. Following the tumultuous coming-of-age of a group of teen girls in Zimbabwe, Beautie Masvaure Alt's movie is, as the festival says, a story "of forgiveness and of friendship, of creating a new family from the people who love you, and of the very real power to be found in girls supporting girls."

For fans of She's Gotta Have It: Sundays In July
The rich black-and-white cinematography; The lush, piano-driven soundtrack; The gratuitous gazing at New York's streetscapes and skylines; The story of a woman's head-first dive into lust: All of it feels evocative of the opening scenes of Spike Lee's seminal, full-length directorial debut. Put 'em in a blender with the energy of a Jill Scott song and you've got the dreamy, spoken-word-dialogue confection that is Sundays In July.
click to enlarge

Film still
The vibe of Sundays In July feels lifted from a classic Spike Lee joint.
For fans of Buck and the Preacher: John Ware Reclaimed
So just how many fans are there of the 1972 Western film that sees Harry Belafonte starring as a preacher alongside Sidney Poitier’s turn as a former soldier? Well, TBH, all of us would be if we'd watch the movie—one of the few shoot 'em ups about Black cowboys.

But, just as these fictional recountings are paltry, so are the true tales of Black men on the frontier. Righting this is documentarian Cheryl Foggo, who sets out to shine a light on, as the festival puts it, "the suppressed history of a thriving Black presence in the Prairies: the Black pioneers who lived, worked, and raised families in the west" through delving into the life of Alberta's most famous Black cowboy and rancher. "He's one of those famous people no one's ever heard of," Foggo says at the beginning of the film's trailer. Her lazer-sharp storytelling will change that.