Nocturne 2020: Drying The Tears of a Butterfly | The Coast Halifax

Nocturne 2020: Drying The Tears of a Butterfly 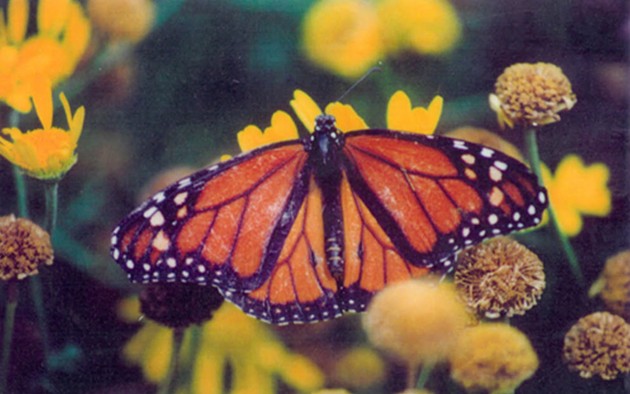 
Touched By The Tears of a Butterfly

Lindsay Dobbin still remembers the first time they saw work by groundbreaking media and botanical artist Mike MacDonald: “I had a dream of someone telling me I should pay attention to—or connect with—an artist who works with both botany and in the arts,” they recall, speaking by phone. “And literally two days later, I discovered his work. It just felt completely resonant: Like yes, of course a garden can be art.”


Ever since, the sound artist and Nocturne 2020 curator has been enamoured with the late MacDonald’s award-winning, internationally exhibited meditations on nature, technology and Indigenous identity: “I have a very relational process myself. And, when I connected with his work years ago, it just really opened me up to this whole other possibility of what art could be and actually is, I think,” they say.


“Mike is an artist who worked in the realm of interconnectivity, like planting gardens that are beneficial to pollinators and to human beings for medicine. He, in his practice, was in the midst of being with interconnectivity and sharing that with other people, sharing a context where other people could connect with that very basic reality of life,” Dobbin says. “He was working in the context of relationships. It wasn’t just about him as an artist, he’s collaborating with plants and pollinators and people. ”


MacDonald’s silent film Touched By The Tears of a Butterfly (which charts a butterfly’s emergence from a chrysalis in a setting reminiscent of the living art he’d plant “across Turtle Island,” as Dobbin puts it) is viewable throughout the festival in the front courtyard of Halifax Central Library.


“I think that’s part of what’s really beautiful about this piece, that it is silent, so it requires a bit of you—and it requires what is so essential in being in relationship to nature, which is listening and attention,” Dobbins adds.


They pause, trying to find the perfect way to sum up a legacy like MacDonald’s, as large as an unfurling root system. “Hang on, I want to reference another anchor artist, who said something that really encapsulates your question. It’s Robin Wall Kimmerer, talking about planting a garden. Can you get photos at this number?” Minutes later, a text notification dings, Dobbin’s says-it-all quote enclosed: “This is really why I made my daughters learn to garden,” reads a snippet of a printed page, circled with black pen. “So they would always have a mother to love them, long after I am gone.”