On the phone with wetlands proponent Clinton Desveaux, District 3

He’s ready to collaborate on council because “then you can get some things accomplished.” 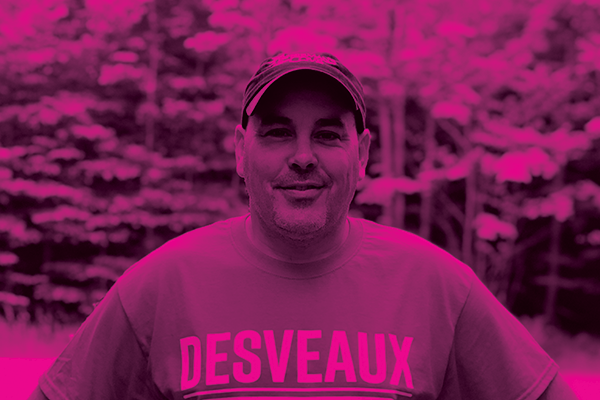 linton Desveaux had his political epiphany at the supper table.

The 47-year-old father of two remembers being worried for young pedestrians and cyclists after a rash of car accidents. “There’s been a lot of hit and runs in the neighbourhood,” he complained at the table. “My wife said to me: ‘Stop complaining about it. Do something about it.’” That was the moment that spurred him to run for District 3 (Dartmouth South–Eastern Passage) in the first place.

Desveaux’s got a lot of concerns and he’s ready to make some real change. “I would like to see more protection of our waterways and our wetlands,” he says. “I’m a huge proponent of that.” An avid paddler, he shares his love for being outdoors. “My children were kayaking when they were little kids, so we spend a lot of time on the water.” But it’s not just local rivers and lakes he cares about. Desveaux says some infrastructure within the city needs to be re-evaluated.

“There’s some small construction projects that I’d like to see dealt with,” he says. Things like improvements to bike lanes and crosswalks, which could make things safer for cyclists, as well as kids on their way to and from school.

The candidate also wants to see more police in the neighbourhood. “I’d like to see more local police presence—police walking the streets as opposed to just driving their car passing through the community,” he says. Desveaux’s reading is that perhaps their presence would deter things like graffiti and destruction of bus shelters.

Desveaux is known in the local fishing community through his job marketing the Dartmouth-based workwear manufacturer SEVAEN, which makes rain gear, thermal clothing and industrial wear like coveralls. That job and other marketing gigs kept him travelling all over Canada, Europe and the US for the last 16 years. Getting a chance to travel and see how other parts of the world work is definitely an asset he says will help him on council.

And although Desveaux demonstrates an action-oriented attitude, he says council can be a collaborative kind of situation. “If you’re prepared to build those relationships and have some of that give and take, well then you can get some things accomplished.”