Maybe Uber wasn't inevitable after all

Halifax votes yes to rules for Uber to operate: Uber doesn't like the rules. 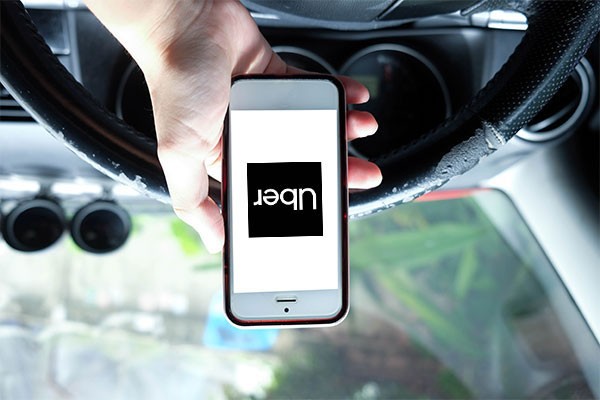 
Updated, September 24 2020 at 15:30.
Nova Scotia's department of transportation and infrastructure renewal announced today that it'd be making a new kind of Class 4 license that complies with what Uber requested. A NS spokesperson says she doesn't know the status of the other request, regarding a per-trip levy at this time. A spokesperson from Uber tells The Coast: "With today’s announcement by the provincial government, Halifax is now open for ridesharing." (Uber is not a ridesharing company.) "We look forward to sharing more about our local plans with Haligonians in the very near future."

Updated, September 24 2020 at 18:00
Megan Tonet, communications advisor with the Nova Scotia department of transportation & infrastructure renewal says "The province has no plans to change legislation. A per-trip fee would increase costs and undue administrative burden on ride hailing companies. The goal of this regulation is to reduce red tape while maintaining safety." HRM's suggested $0.20 per-trip fee would have funded the internal program costs and gone towards accessibility and sustainability initiatives.


Just shy of two years ago, The Coast opened a cover story about Transportation Network Companies like Uber and Lyft with the line: "Ask anyone and they’ll tell you it’s the way of the future."
It continued: "Mayor Mike Savage tells the newspapers 'it’s the way the world is moving. Deputy mayor Waye Mason says in a radio interview that Halifax can’t call itself a high-tech city without it."

With that in mind, the news that this week Halifiax Regional Council finally passed the new by-law T-1004 and changes to by-law T-1000 allowing TNCs to operate here, should feel momentous, right?

But here we are, rubbing the new-tech dust from our eyes and giving a small shrug. HRM paved the road, but the transportation company masquerading as a tech company, Uber, doesn't want to come.

Throughout this entire process, we knew that Uber was pushing for looser regulations. It's known they didn't like the provincial government's requirement for drivers to have a Class 4 licence (versus the Class 5 license you likely have).

A spokesperson from Uber tells The Coast “The bylaw is a positive step forward but now the ball is squarely in the province’s court.  We look forward to Minister Hines sharing details and timelines for the reforms required to make ridesharing a reality.”


What that means is there’s no Uber in town unless that license requirement is changed.


The city also has its own requirements— a criminal record check, a vulnerable sector check and a child abuse registry check—for TNC licenses. Although earlier this year councillor Tony Mancini told councillors those checks would be an obstacle for Uber, this week a source with knowledge of the situation assured us they are not a deal-breaker for the company. Whatever threat Mancini heard from Uber was probably just that: a threat.


On Paris Marx' Tech Won't Save Us podcast—about tech journalism's role in proliferating the profile of tech companies like Uber, labour and technocapitalism—reporter Sam Harnett said "the sheer fact that a company gets called a tech company in the media, and gets covered by tech journalists, immediately lends a credence to something new and innovative. And all of these gig companies, like they are built on avoiding regulations by appearing to be new or innovative."


The episode was recorded the day Uber and Lyft were supposed to classify thousands of workers as employees in California. The companies threatened to pull out of the whole state in response. The threat garnered them an extension.


HRM's supervisor of licensing and ticket information, Hilary Hayes, regularly spoke over the course of the process about HRM's intent to ensure the safety of riders over much else. Safety was a big proponent of HRM's updates to the taxi and limousine licensing—which preceded the TNC debate, too.

Another part of the plan, to align TNC rules with Halifax's HalifACT 2050 climate plan and Integrated Mobility Plan in the form of a per-trip fee that could be reinvested in greener programs prioritizing other modes of transport (anything other than more cars on the road), is still up in the air.

This kind of change requires permission from the province, and CAO Jacques Dubé told council at the first reading of the by-law that talks were underway but he had no indication of whether or not the province would make this change. It was this reason councillor Shawn Cleary was one of four councillors to vote against the regulations. Cleary said he wasn't anti-TNC, but he was anti-unsustainable-TNC.

Councillor Stephen Adams also voted no on the new regulations, but he argued that the rules were too strict. Councillor Richard Zurawski said he couldn't support a company who'd come in and earn money here but pay taxes elsewhere, and that incentivizing more cars on the road isn't a good move for the environment.

One good thing to come from this process are the sweeping updates to Halifax's taxi and limousine industry, whose decades of neglect fuelled the feverish calls for Uber in the city to begin with.

More licenses are being given out, intent on getting more drivers in the road. The zones were eliminated, intent on helping folks who've been refused a ride because they don't live downtown. Security checks were increased and policies around sexual assault were tightened, the intention on this one should be self evident.

Will you probably still have to wait 30 minutes for a cab downtown if it's pouring rain? Likely. But now you can spend that 30 minutes learning to build an app and setting up your own transportation company, if you wish.