What's happening in Halifax from September 17-23

Sure Things to stream and seek out IRL this week.

finfestival.ca screenshot
One of the films we're most excited to see at this year's FIN Festival? The Forbidden Reel, a documentary sharing the secret film history of Afghanistan that should be seen as that nation's answer to French New Wave. Watch it Monday night.

Halifax's reigning reggae queen takes to The Carleton stage for an already sold-out Prismatic Festival set. Hopefuls can hop on the waitlist here.
The Carleton, 1685 Argyle Street, 7-10pm, sold out

The Haus of Rivers queens continue their string of must-see shows at The Carleton. This time around, top-secret surprise guests are rounding out the bill.

The open-air showcase of local talent continues on the Halifax Waterfront. While this week's lineup was still TBA as of press time, past guests have included Jody Upshaw and Zamani.

Halifax's celebration of multiculturalism and diversity is taking the party online, with livestream performances by the likes of soul superstar Reeny Smith and rapper Shanii22, whose J Cole and Drake-influenced sound is absolutely addictive.
Youtube Live and Facebook Live, 4-8pm, free

"In a difficult year, New Hermitage throws down a set of songs that need to be experienced, rather than listened to: It’s a soundtrack for fumbling through the dark; a soundtrack for finding slivers of light," writes Coast music critic Sam Gillett in his recent review of the experimental classical quartet's new LP, Unearth. Celebrate the set of songs at this release show.
St. George's Round Church, 2222 Brunswick Street, 7:30pm, $15/PWYC, newhermitageinfo@gmail.com to RSVP

"Featuring familiar faces, dazzling locations, and technological twists, The Butterfly Effect is a humorous, dark, and compelling look at how the seemingly menial choices we make every day can have inconceivable consequences," offers the Halifax Fringe Festival of this series of plays performed via Instagram Live.
Instagram Live, PWYC

Watch a movie from FINpedia

Hundreds of movies of every stripe—from local shorts to international blockbusters—makes thte annual movie lovers' mecca that is FIN so damn fun. This year, the fest is online, meaning you can stream all its titles on demand (save the time-sensitive gala screenings). Get started with Bone Cage, Taylor Olson's film reproduction of Catherine Banks's award-winning play of the same name.
FIN Festival, Sept 17-24, finfestival.ca 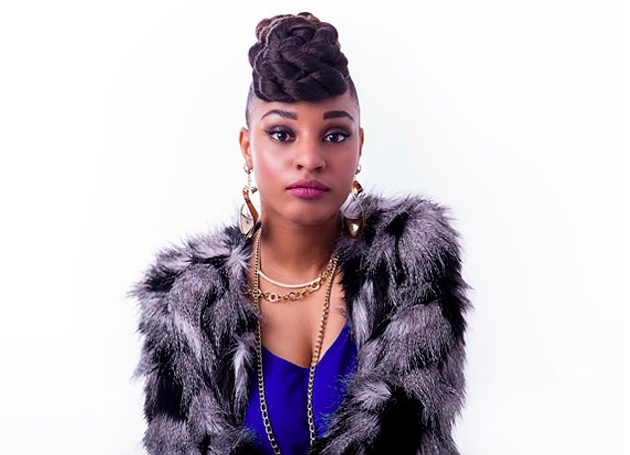 FIN Atlantic International Film Festival is kicking it online this year, bringing its signature gala presentations along with it. This gala is your 24-hour window to catch The Forbidden Reel, one of the movies we're most excited about at this year's fest. It tells the story of Afghanistan's boldest filmmakers, the movement they pioneered—and the movies that almost didn't survive.
finfestival.ca, 7pm (rental available for 24-hour window), $15/$30

The dependable Tuesday night gathering, which spawned many a local band's first performance at Menz & Mollyz in a pre-COVID-19 world, is back, in a different way: Gathering at a distance on the Halifax Common if the weather is nice via Zoom when it's not, this community proves its endurance and commitment to noise. Follow along on Facebook for weekly weather updates/Zoom links. Halifax Common or Zoom, Tuesdays, 9pm, follow on Facebook for details

Listen to a Fringe show on Bandcamp

Have you heard? No hurricane or global pandemic can stop the force that is the Halifax Fringe Festival. While there's lots of live performance to take in as part of this year's event, there's also a bank of recordings of one-person shows from fests past. Check 'em all out here. To Sept 30, halifaxfringe.ca