The young rapper and beatmaker is sharing his story to connect with yours. 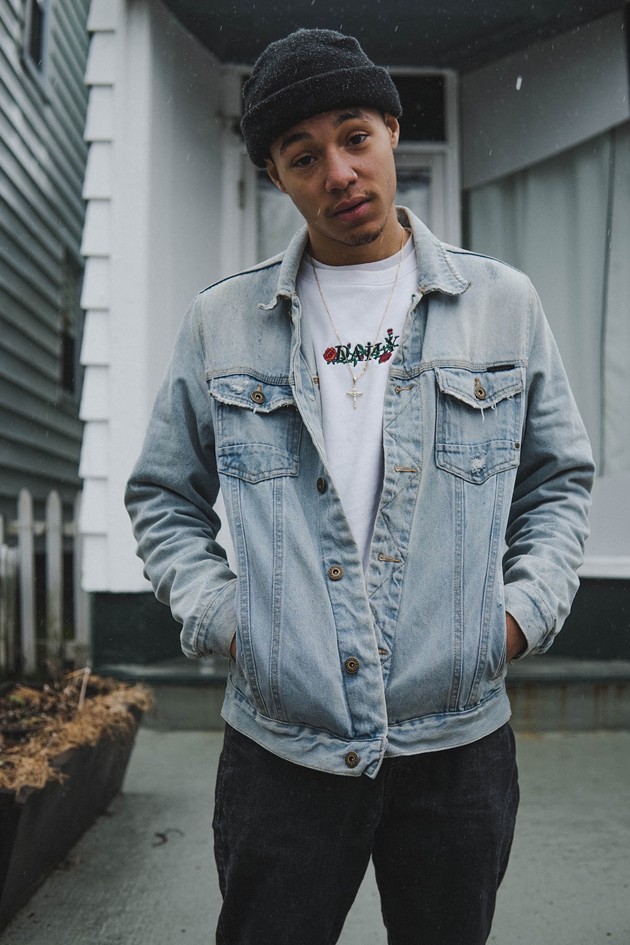 Kye Clayton waits for no one. He doesn’t get caught up watching for the right time: The prodigious, prolific MC has released more music in the last six months than most rappers do in a year. He doesn’t pause, holding out for the perfect moment to begin: After all, in ninth grade, when he decided to pursue music, he dropped his first verse out of necessity. (“I tried to become a producer first…I was like ‘no one wants to rap on these beats right now; I might as well try rapping’,” he says.) He doesn’t hold on for fans’ approval before oscillating sonically, taking on the affectation of J. Cole in one track before leaning into a Boots Riley vibe on the next. He didn’t even wait to begin his business degree this fall to launch a musical empire, casually talking about being a shareholder in the record label he and his four best friends co-founded in 2018, called Let Dreams Be Noticed. (If that reminds you of the mid-2010 group experiment Getting Out Our Dreams by Kanye West and Common, that’s good—it should.)

Simply put, if Kye Clayton’s career-to-date had a tagline, a good contender might be “never get in the way of your own magic.”

“My main message, my quote that I use, is your story heard. So, I try to tell my story as much as possible through my music and then try to get other people to resonate,” says the rapper and beat maker—who also just graduated high school and gave a freestyle verse as his valedictorian speech. “I just tell about life experiences, life lessons that I’ve been through and my friends have been through and to just tell it so other people can relate to it.”

To hear him recount things, the story begins like this: “My older brother, when I was a kid (he’s three and a half years older than me), he used to show me all my music—from Chance The Rapper to Joey Bada$$ to certain people I actually listen to today. He started showing them to me when I was in grade three, grade four, and I started listening to them every day.” Soon, adds Clayton, “I hit Grade 9, I started getting my own music interests: I started listening to a lot of Nas, Travis Scott, Kendrick [Lamar], J. Cole—and I started building my own music, like how I wanted to listen to and make my music.”

He released his first single, “Family Auction” on Soundcloud in 2018. In the first 24 hours it got over 1,100 plays and, he says “a lot of people liked it, so after that I was like might as well keep rapping.”

Clayton’s output, which rests somewhere on the map between relentless and advancing, began then, becoming ever-more voracious as he and his catalogue of work grow. During COVID-19, while the rest of us are just trying to deal, he's been busy putting the finishing touches on a mixtape with his friend, fellow rapper nelly2drippy, and on a solo mixtape, Temporary, dropping July 26.

When it comes to his creative process, his is an instinct so sharp it’s a knife-edge, slicing on contact the way his bars lacerate. “If the beat talks to me, I know exactly what I’m going to speak about on the beat. So I play a beat, freestyle the whole song—and then I’ll re-write certain words that don’t make sense or could be filtered. I freestyle so I can get a good flow on the song instead of writing it right away,” he explains. “I try to treat my voice like another layer through the songs.”

(This, by the way, is a capital-B Big Deal, as only a handful of the most established rappers can craft lyrics this way—meaning Clayton now sits on a list next to the likes of Lil Wayne or G Herbo. Oh, and another rapper who made a name for himself by using his voice as a top layer of the beat? Just some dude named Jay-Z.)

“A lot of people don’t understand a lot of my music usually, because most of my music is not for certain people—but if it is for you, you’ll really enjoy it,” Clayton adds, belying his work’s inherent hook-iness as he references his pulled-from-real-life lyrics. “Most people, if they listen to my music and they don’t understand it, they’ll turn it off—but there’s a deeper meaning if you actually listen to it, you might have something there you relate to.”

Talking about growing up in Halifax's Uniacke Square or about everyday micro-aggressions fuels some of Clayton’s best tracks—see his song “District 8” or his latest release, “Black Is Power.”

“‘Black is Power’ is just a song about the things that I see or that my friends see when we used to walk around certain things—but the main message of that song is no opportunities bring stress; how minority communities have to do certain things to live,” Clayton says. “And what I mean by that is: One time when I was trying to get a job at a certain place, they didn’t pick me up because of my address—and I had to change my address to my friend’s address. And that’s like, no opportunity right there.” He continues: “That’s why in the song I say ‘No opportunities bring stress, that’s why we hold guns and techs’ cause like, that’s the only thing that you’re basically letting us do: Shoot each other and just make chaos but you won’t give us a job and certain things like that.”

Ultimately, Clayton says a lot of it comes back to listening to one another: “When I listen to other people’s music, I try to think about what they were thinking about, not just what I’m thinking about,” he says.

As you slide through the layers of his work, he hopes there’s a message you’ll take, along with the melodies he’ll plant between your ears: Clayton wants you to “feel like you should be inspired, be motivated to do something—one of my messages I say is ‘you can do anything you put your mind to’ because that’s something my mom used to put in my head every single day,” he says. “I want you to be motivated and inspired to do whatever you want to do in your life through my music.”