The Nova Scotia Craft Beer Festival is bigger and better and rebrandeder than ever. 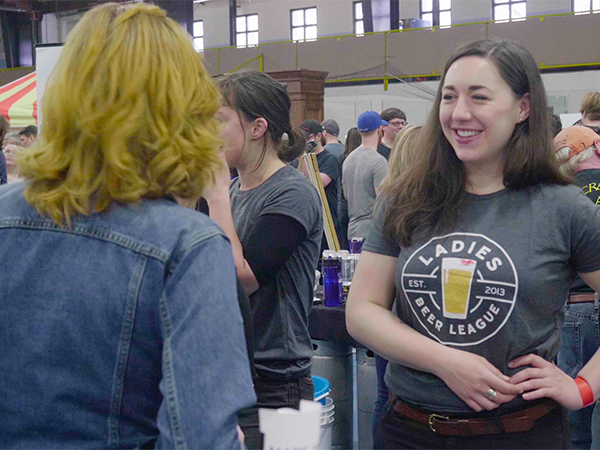 SUBMITTED
The name changed, but the vibe doesn't have to, at the event formerly know as Full House.

It's only been five years since the Nova Scotia Craft Beer Festival started life as "Full House," with just a handful of brewers. That first event, in 2015, was intended to launch the summer beer season and introduce a few new beverages to thirsty consumers.

But a half-decade is a long time in craft-beer years. Full House kept moving to bigger and bigger venues, and this year, the Craft Brewers Association of Nova Scotia is relaunching the celebration as a one-day blockbuster with an unmistakable new name—the Nova Scotia Craft Beer Festival. Held at the Cunard Centre on March 21, the event features more than 40 different local breweries boasting their buzzy best. Plus it's a kick-off to the association's plan of branding April as Craft Beer Month in Nova Scotia.

"At a festival with a couple hundred kinds of beer, there is going to be something there for everybody," says Jeff Green, director of sales and marketing at Dartmouth's Spindrift Brewery, and chair of the Craft Brewers Association's events committee. "Whether you're used to drinking macro-produced, light, fizzy lager, or you prefer fruit drinks or cocktails, the range of styles you'll see under this roof is truly remarkable."

That's in large part thanks to the still-booming growth of the industry. According to the NSLC's most recent annual report, local craft-beer sales grew by more than 27 percent from 2017 to 2018 alone (the most recent figures available), to nearly $17 million, and the retailer's shelves now showcase 29 Nova Scotia breweries, up from only six just six years ago. (And, there are plenty more smaller breweries not yet on NSLC shelves.)

Most of those will be represented at this year's event, where tipplers will be able to try everything from black lagers to bocks. But if beer fans are looking to test the latest trend in craft beer, they should be ready for a return to the classics.

"Sours, in the last couple of years, have certainly brought in a new wave of consumers," says Green. "But one of the biggest styles right now is pilsner. People are just trying to craft a really nice, classic version of a crisp, drinkable beer."

All but one CBANS member will be participating at the festival—that's a big increase since the event began back in 2015—and the market shows no signs of stagnating. Green attributes the continued growth to quality and community.

"It's not necessarily booming [here] more than in other provinces," says Green. "[But] I firmly believe that from a quality standpoint, in Nova Scotia, we are extraordinarily lucky, or talented, to have some of the best brewers in the country.. When you put a great community in a community-minded place like Nova Scotia, I think that really just inflates the sense of collaboration that there is."