The singer-songwriter’s new album explains the difference between loneliness and being alone. 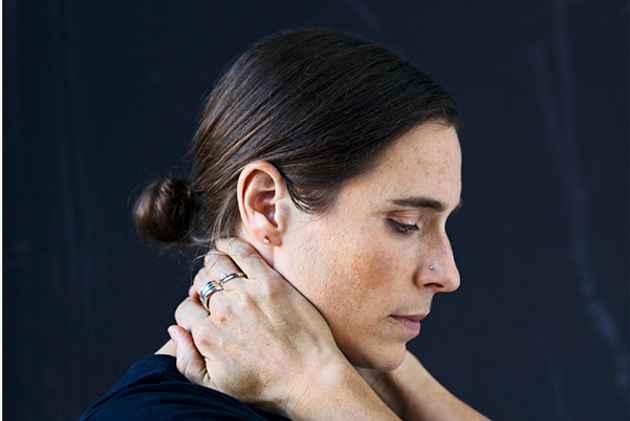 Rose Cousins' fifth full-length album, Bravado, opens with a track bright as orange marmalade called "The Benefits of Being Alone." It's an upbeat anthem for anyone who doesn't share their breakfast table or their Netflix account with anyone special and doesn't necessarily want to. It's sweet but complex, a guiding energy that maps the rest of the record's 12 tracks.

"I just feel like maybe it's a viewpoint that isn't sung about that often, but is real," says Cousins. "It's like, yeah, I'm not married. I don't have a family. I don't have kids. And it's fine, you know?"

It's fine for Cousins and it's fine for the people she wants to connect with, to empathize with.

"I was like, You know what? There's more people like me," she recalls. "And who is making an anthem for the people who are by themselves and actually completely fine and feel self-affirmed by themselves? I feel like I've only really heard a couple of other artists do that."

Against an arrangement of piano, drums, trumpet and valve trombone, Cousins sings about mornings full of fresh coffee and sad songs, about days full of making travel plans and scrolling through her phone. It's an introvert's dream with only occasional hints of dissatisfaction.

"It's great being by yourself," says Cousins. "It's simple."

Cousins offers herself and her listeners an affirmation, a celebration of something rarely celebrated. She doesn't equate being alone with being lonely. It's straightforward and simple—but it doesn't stay that way.

Throughout this album, Cousins sings about love, death and expectations, about her struggles and ours. She croons about casual sex. She begs someone she loves "to please live to be an old man."

By the record's end, the music is lower and slower. Cousins's notes are longer. There's another rendition of "The Benefits of Being Alone," called "The Reprise." And when that track starts—all piano and vocals—loneliness and being alone don't seem quite so separate anymore.

"That's the whole point: To flank it with the exact same song with the exact same lyrics presented two ways, so it hits you in a different way each time," says Cousins. "Because those two things live in the same place. In any one day, you're going to feel a million emotions. And one of them can be like, 'Thank god I'm alone,' and one of them feels like, 'I'm so fucking lonely.'"

Both the push-and-pull between being alone and being lonely are part of Cousins' life. And she hopes her honesty resonates with her listeners.

"I feel like the truer the song is, the closer it's going to hit to the bone of the listener," says Cousins. "I do think that the empathy is there, and people feel it. They're just like, 'I've been there.' You know? And that's how I experience music. I want to find myself in a song. I want to feel that someone else gets it—it makes you feel less alone in your experience, in some cases, of being alone, you know?"