Conditional funding is a concrete step forward for the theatre company and venue. 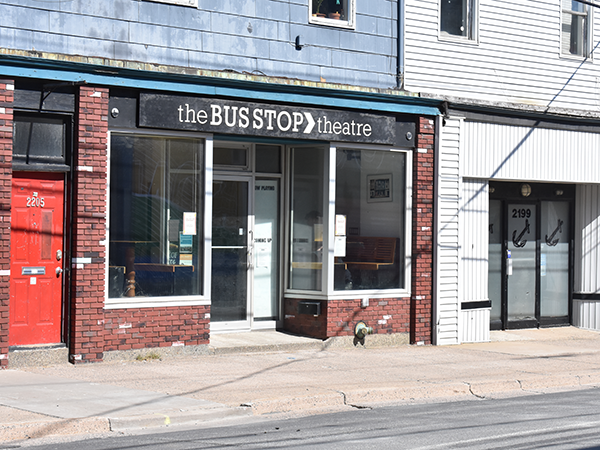 H alifax Regional Council voted this week to give The Bus Stop Theatre Co-operative $250,000 over two years to go towards the cost of buying its home on Gottingen Street.

The motion, which first came to council last spring as a last-chance request to save the arts venue means that if the theatre co-op can get their ducks in a row in regards to funding from other levels of government, HRM's contribution is as good as theirs.

The theatre has to get the rest of the money together to buy the buildings at 2203 Gottingen Street and 2268 Maitland Street by July 30, 2020—a date it was able to negotiate with the current owner after HRM said last June it would seriously look into contributing money.

Executive director of the theatre cooperative, Sébastien Labelle, was in the audience as regional council voted in favour of the funding and says the approval was a huge relief. "What today kind of really means for us is that now we can concretely say that we're on our way to saving The Bus Stop Theatre."

For many in the community, the threat of losing one more arts venue in Halifax's north end felt like the last straw.

"When we kind of realized the crisis we were facing, we also were cognizant of the fact that our own immediate crisis was part of a much broader crisis in Halifax in terms of the lack of small-to-medium accessible spaces for artists and community groups," says Labelle.

This space is in high demand. In 2019 about 275 nights of the year were booked for theatre companies, non-profit groups, fundraisers and so much more.

The space, says Labelle, fulfils a common need for people to create, showcase their talent and "congregate together and witness the talent that we have in our community and talent from away that is coming to visit our community." Really, he says, it's a place of cultural expression—one that has a real chance of being saved from extinction.

The estimated cost of the land purchase and expenses is $850,000, and the theatre's plans for the whole project—beyond buying the building—is estimated to cost $ 1,210,000. The staff report said that the co-op had raised $145,000 by November 2019, and is looking to provincial and federal governments to make up the rest. With approval from HRM, the co-op is now eligible for funding from the federal government's Cultural Spaces Fund.