Jim Gaffigan goes beyond The Pale Tourist | The Coast Halifax

The current king of comedy returns to Halifax this week. 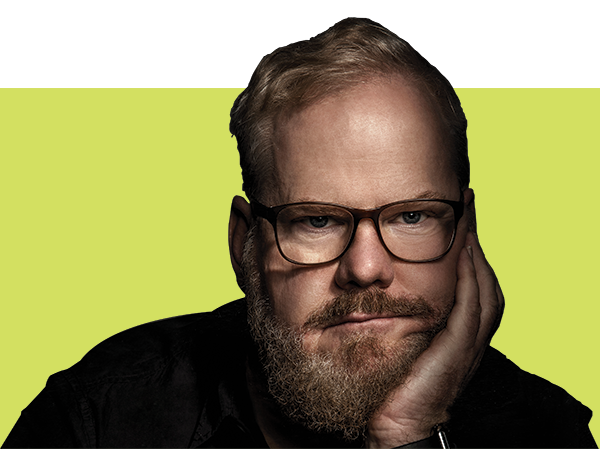 ROBYN VAN SWANK
Jim Gaffigan says the donair is what brought him back to Halifax for his January 16 show.

Jim Gaffigan, king of the Hot Pocket, has been busy while his star's been rising, releasing a stand-up special a year and appearing in nearly a dozen films. As in his comedy, the film roles tend to stay within his established archetype as a husband or father. However, like a great musician, he finds new notes and moods to play though each role—even as he uses the same instrument to deliver them.

Gaffigan remains relatable and believable even as he ascends to greater levels of fame, success and productivity.

We catch up with one of the biggest names in comedy in advance of his Scotiabank Centre show on Thursday January 16.

The Coast: What is the theme of the Pale Tourist show?

Jim Gaffigan: There are different themes, it's not just one thing. One of the major themes is talking about Canada from an American perspective. Some of this tour through Canada, I'm going to a fair number of places that I've never been and I'm intentionally doing that because I'm fascinated and I wanted to come up with the material. It's hard to talk about Canada in San Antonio.

You last came through Halifax in 2017. Is there anything you liked about Halifax that brought you back?

Well I love the donair, that's for sure, the sauce is a little sweet. I had a great time in Halifax, I definitely wanted to return there. I wish I could spend three days exploring but I don't have the luxury of that time.

It's been a very busy few years for you for specials and film roles. While you are so busy with your stand-up career, what led you to taking on so many more acting roles at the same time?

The acting roles that I was offered were so appealing and I would have loved to have had them spaced out over 10 years, but I'm grateful for the opportunity.

Is there anything in particular you look for when you choose a role?

I love acting and I love playing complex, different characters. I love performing comedies, but in dramas the characters are usually more detailed and complex than in comedy, so I'm looking for somebody weird, who's interesting, who has a unique motivation. There's some roles where it's like, this guy doesn't have anything he wants to do, so I don't want to do it.

This Q&A has been edited for length and clairty