In this together | The Coast Halifax

Jessica Babin's new panel series Women in Hospitality aims to pay wisdom forward and give credit where its due. 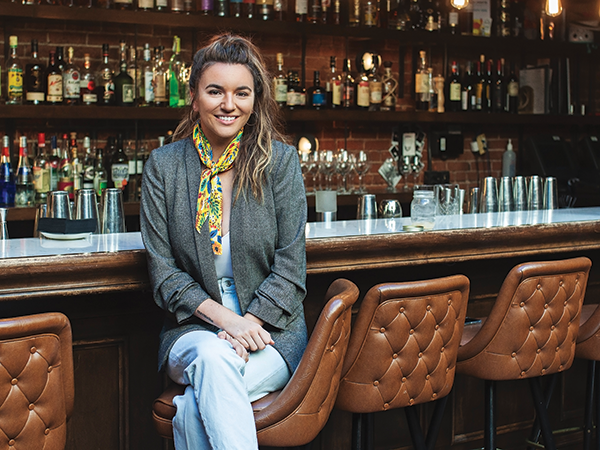 Jessica Babin is at it again. The 28-year-old wine connoisseur who conceived Mermaids and Merlot—a pretension-free wine club for women—to is pressing pause on that particular project to start something new.

Women in Hospitality: The Evolution of Hospitality As Told by Women is a year-long panel discussion series featuring female titans of Halifax's hospitality industry.

"As a young woman in the industry I love learning from other people and I wanted to curate that experience for others and bring together an event that I would love to see but haven't seen before," Babin says. Every other month, beginning September 8, Lot Six will play host to a discussion addressing a range of topics related to the titular theme.

"There hasn't been anything like this panel series for women [in Halifax] before. I feel, almost selfishly, that I'm creating something I wish I could attend. I am really lucky that I've worked in this industry for almost 10 years and I've had a lot of really good role models," Babin says.

While panellists will be comprised entirely of women, hospitality-industry veteran and Babin's Bar Kismet co-worker Cooper Tardivel will act as moderator.

"I think it's equally, if not more important that men hear these stories as well. [For men] to know what has happened and is happening and what women plan to do moving forward so that we can all be equal. I hope just as many men as women attend," Babin says.

The motivation behind the project is rooted in her appreciation and gratitude for the mentors she has learned from throughout her journey.

"It's time to give credit where credit is due," she says.

Much of her experience has been informed by being a young woman in an industry largely associated with male success. Babin began working as a hostess at The Keg while attending university, but when she began to see a future in the fast-paced world of food and drink, she set a place for herself at some the city's most popular venues. By 23, she was managing at The Keg, working towards her level three WSET designation and working at Blomidon Winery when she decided she was hungry for more.

Three years ago she launched Mermaids and Merlot. It quickly became a sought-after experience for women in the city looking to learn about wine in a casual, judgement-free environment. Now, on any given night, you can find her at Bar Kismet where she is wine director.

"Women are smart and we can use all our strengths to our advantage. Sometimes being underestimated can be used as a powerful tool," Babin says. "That doesn't mean it feels good...but it's something that being a young woman in the industry has personally challenged me." Her hope is that young women who attend the series leave feeling positive about their futures in the industry.

"If people leave thinking, 'everyone in this room feels, or has felt, the same way as me and they are doing great and we are in this together,' I'll have achieved my goal."