But there’s still time to complain about the proposed changes 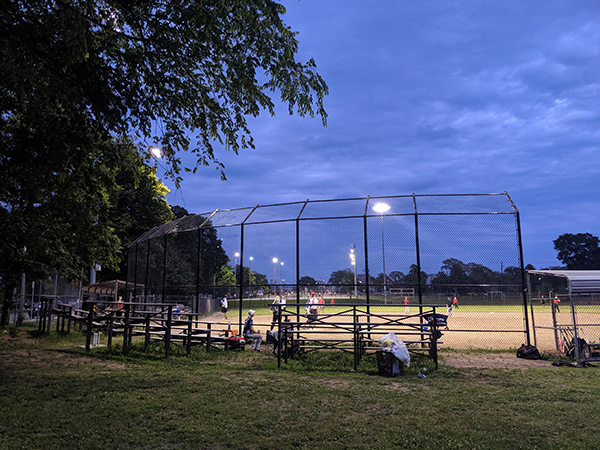 THE COAST
Changes to the Halifax Common are still up for debate.

The municipality is working to address concerns and develop a vision for the future of the Halifax Common park as it enters the next phase of planning.

The final round of public engagement in the master planning process, which launched in December 2017, ended July 22 with the closing of an online survey. The most recent version of the plan, which was released in early July, was cause for concern for both Halifax Junior Bengal Lancers and Halifax Minor Baseball.

Halifax Junior Bengal Lancers, a not-for-profit equestrian school located on Bell Road, expressed concern about the suggested removal of a large parking lot and a change in the shape of their outdoor paddock. Representatives of Lancers said these changes would impact safety and utility at the school.

Claire Halstead, a historian and representative of Lancers, says they have since met with the municipality. "The city has agreed to the best of their ability that it's very unlikely that the original plan will go ahead," Halstead says. "We are no longer as worried that our operational parking lot will be removed, for example."

Halstead says the organization did not feel that they were consulted in a proper fashion throughout the planning process. "Every meeting we've had, we've had to ask the city planners for and over two years, our request for them to consider a small expansion was not adequately heard by the necessary people. But we're being cooperative and we're going to continue to be active."

At the request of city planners, Lancers are working on a plan of their own that they will be submitting to the city next week.

The drafted plan also considered the elimination of five baseball fields from the Common. Halifax Minor Baseball president Bob Carter says the organization has also recently met with the municipality.

Carter said the municipality "clearly heard us and understood our concerns. They wanted to make clear that this was just a proposal, that they had to start somewhere, and that this is by no means fixed in stone."

District 7 councillor Waye Mason echoes this sentiment. "The draft plan addressed a lot of concerns from people who had been vocal earlier in the process that there needs to be more unstructured recreation space," Mason says. "There's no problem with changing the way the Common is used, but we can't get rid of ball fields until we have a replacement space for those players."

The replacement of the outdoor pool, which began to leak earlier this month, is now a top priority, says Mason: "Because of this, we need to get the plan done enough that we can do a deeper dive into the details of the design for the central common." Mason thinks there will be further public consultation when it comes to the design of the Pavilion building and pool.

City spokesperson Maggie-Jane Spray says the project's schedule indicates that the master plan is set to return to council in the fall of 2019. "While our survey is closing [on July 22], individual submissions can be made to staff, with contact information as noted on the website. The need for any additional engagement will be assessed once we have reviewed the latest round of public consultation."

Information about the master plan, notes from the public engagement sessions and staff contact information are available online at shapeyourcityhalifax.ca.