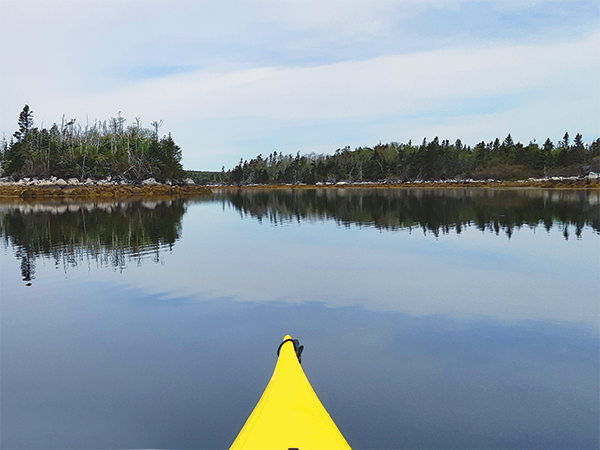 When Chris White was downsized from his outside sales job in 2017, he started thinking about what was next, how he would reinvent himself and what made him really happy. He took on a job as a bus driver for the flexibility to be active and outdoors—and wound up loving it—but this summer, he’s following his sense of adventure one step further. Next week, White officially launches his indie tour company, Nova Scotia Kayak and ATV Outside Adventures, inspired by the trips and treks he takes on his own.

“I’ve always been kayaking and for the last couple of years, even before I got downsized, I was thinking of something when I got to retirement,” he says of the idea. “I want to take people out and away.”

White’s packages are a bit choose-your-own-adventure style. “It’s going to be like putting a little puzzle together,” he says. “I’ll be getting people to tell me what they like to do.” Through the week, he plans to head out on kayak trips and will let his guests dictate where to go, whether it’s as close as Long Lake or anywhere from Sambro to the south shore’s epic coast. Packages range in length and can include food too—White is happy to cook up sandwiches and tea, barbecue and lobster boil or even brunch after a morning on the water. He can accommodate up to four passengers and does pickups anywhere in the HRM.

On the weekends, he’ll take it to the next level, offering premium trips for two that include transportation to the water on his side-by-side (in other words, a four-seater ATV). White says it isn’t a spectator sport—as a one-person operation, he expects his participants to, well, participate.

“I’m not teaching kayaking as much as I’m using it as a tool for adventure,” he says. “There are a lot of great kayak spots around, I’ve learned by going to them. When you’re in a kayak you’re the only one out there a lot of the time. You see the wildlife, you’re really out there in nature.” Find more info on White’s packages at nsoa.ca.