Trade Centre Limited, the provincial crown corporation that runs the convention centre, had an operating loss of $622,558 lat year, almost three times its budgeted loss and nearly six times the previous year’s loss of $109,969. Once depreciation is factored in, last year’s operating loss was $2.1 million, compared to a budgeted loss of $1.9 million.

The losses have two causes, explains TCL spokesperson Suzanne Fougere. First, revenues at TCL’s ticketing agency, Ticket Atlantic, “were down due to lower than anticipated sales for outdoor concerts”---that is, the failed shows on the Halifax Common. The only concerts held on the Common during TCL's 2009-10 fiscal year were the Paul McCartney and KISS shows. The Coast has previously reported that the McCartney show lost $700,000, and that TCL failed to pay back a $300,000 loan from the province because ticket sales were not as high as expected.

Secondly, TCL “also experienced decrease major event revenues as compared to what was planned and the prior year,” says Fougere.

Those losses were revealed via TCL’s annual report for 2009-10, which was posted on its website without announcement late Friday, seven months after the March 31 close of the fiscal year. 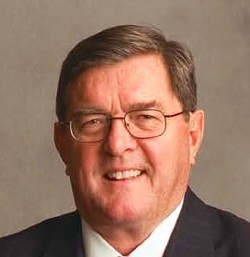 MacGillivray’s successor, Scott Ferguson, has no supplemental pension through TCL.

In addition to the convention centre, TCL operates Exhibition Park. In previous years’ annual reports, attendance information for the two operations was reported separately, but this year’s annual report combines them.