The premier has no interest in fixing the broken freedom of information system his government openly ignores. 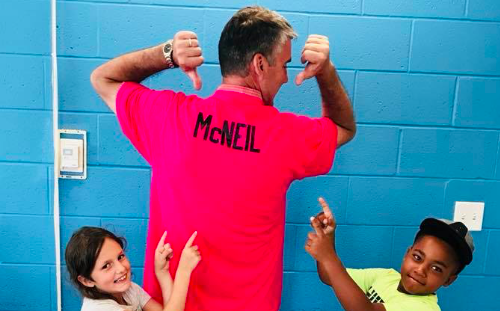 VIA INSTAGRAM
The premier is turning his back on freedom of information.

It's been a depressing week for Nova Scotia's freedom of information.

First, Stephen McNeil said his 2013 campaign promise to “expand the powers and mandate” of the Office of the Information and Privacy Commissioner was a “mistake.”

Days later it came to light that the premier's office had blocked privacy commissioner Catherine Tully in her efforts to investigate health minister Leo Glavine's use of personal email to conduct government business.

The damning report from Tully’s office claims the department of health “failed to make any effort, let alone every reasonable effort” to search for the documents, originally requested by Global Halifax.

Confronted by reporters at Province House, McNeil seemed to mock the very idea that public servants should have done what is legally required of them, instead suggesting an information officer's job was better spent looking for new doctors.

“Should I have the department of health looking for emails or should I have them look for doctors?” said McNeil. “So I always have to balance that stuff out.”

Tully's report originates in Freedom of Information requests launched by former Global reporter Marieke Walsh for copies of any work-related emails Glavine had stored on his personal email accounts. Despite there being proof that Glavine was using his Gmail for ministerial work—and thereby circumventing access-to-information laws—the FOIPOP requests were denied.

But the health department didn’t even try to comply with the initial request. No one even bothered to ask the minister about his emails.

“This is a ‘don't tell, don't ask’ records management philosophy,” writes Tulley. “The department conducted no search for records either inside or outside the government system.”

When Tully tried to speak to Glavine's executive assistant, Peter Bragg, for her investigation, the premier's office informed Tully that Bragg would not be made available for an interview.

According to the commissioner, it's “one of the many weaknesses of Nova Scotia's outdated right to information law” that her office doesn't have the power to summon witnesses for questioning.

But the premier sees no problem with any of this.

“The information officer was looking at minister Glavine using his Gmail account, which he acknowledged and he fixed the practice,” McNeil told reporters Thursday at Province House.

Glavine has, apparently, stopped using his personal email account for government business. He claims his actions were honest mistakes and not an attempt to hide government dealings.

“What more was she looking for?” the premier asks of Tully. “You don't call witnesses when someone actually says, ‘You know what, you're right, I was wrong.’”

McNeil has previously stated that he likes to conduct government business over the phone specifically in order to circumvent the information ever being released to the public.

The OIPC has repeatedly warned Nova Scotians that the use of personal email accounts and cell phones to conduct government business has the potential to subvert the province's access to information laws.

Tully's report into Glavine's email mess ends with recommendations for a policy prohibiting personal email use for government business and asks the health minister to turn over all the emails which Global was originally asking for.

The government will have 30 days to respond but has no requirement to comply.

Closing off this absurdity, next week is Right to Know Week in Nova Scotia, where the OIPC will hold a number of public events “to raise awareness about the importance of the right to access information.”