When the ’canes come | The Coast Halifax

Hurricane season runs from the beginning of June through the end of November. Here’s a list of stormy dos and don’ts. 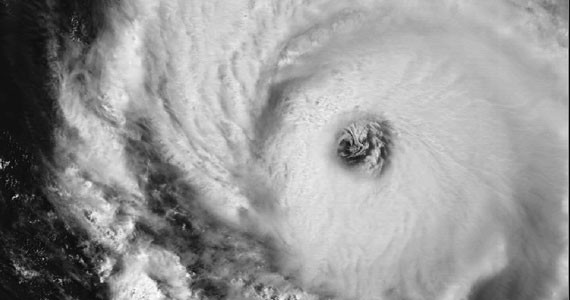 Editor's note: This story was originally published on June 17, 2010. It has been edited to remove outdated information.

Atlantic Canada is the last stop on the path of Caribbean-formed hurricanes, if they even make it this far. We will often see wet weather as the storms lose speed and strength and shuffle across the province. When Hurricane Juan arrived in September 2003, it was a Category 1 hurricane, which is a wee puppy compared to the monsters that often descend upon Louisiana, Florida and Mexico, but because it struck Halifax so directly it managed to do more damage than was expected.

So, here are a few things to keep in mind as the weather wizards track one of those beasts up the east coast and into our area code.

Don't count on the electricity to stay on. When Juan paid a visit, areas of Halifax were without power for a week or more. We're so used to our electronic teats to keep us entertained, what happens when all the power goes out and you don't have anything to do? Board games, people. Books. Remember them? Charades. The art of conversation has also been known to pass the time. It's never too late to take up yoga. Have a lot of sex...if it's available. Knitting. Anyone play guitar? Quality time with your pet is also recommended.

Do prepare. You know, the common-sense stuff, for when the power goes out. Stock extra water, canned food, propane or charcoal for the barbecue—you're going to want to eat the meat in your freezer before it spoils—candles, matches, batteries and some cool, hard cash (plastic and debit aren't going to do you much good). Charge up your iPod in advance. Charge your cell—or get a car charger. Write down emergency numbers on a piece of paper, since the internet goes away with the electricity.

Do be your own meteorologist. Get information on the storm-tracking from multiple sources. What's the temperature of the Atlantic Ocean? If it's warmer than average, the storms coming up the coast tend to be better at maintaining speed and strength.

Don't get all liquored up then go for a stroll in the storm, say, in a park. Sure, the force of pissed-off nature is impressive and staying inside in the dark can be pretty dull, but once winds get up to about 100kph, outside is not where you'll want to be. Keep in mind Juan—a baby hurricane, all things considered—took out 70 percent of the trees in Point Pleasant in a single night, and a paramedic lost his life when a tree fell on his ambulance.

Don't bogart your generator. If you stay inside watching TV with the curtains drawn, your neighbours will still be able to see the blue glow. They'll hate you for it.

Do live near the hospitals. The hospital power grid will be the first to be restored, so if you're on it, your electricity will come back the quickest. Or you could just hurt yourself, visit the cozy ER and get a meal. (Not that we'd go so far to recommend that.)

Don't get a mohawk and an old lead pipe, strap yourself into some motorcycle leathers or latex, form a post-apocalyptic survival gang with your friends and family to hunt down, kill and eat your neighbours. A hurricane is not that big a deal in Atlantic Canada. Most will get away unscathed, with property damage or a bit of flooding the worst of it. The rain will stop and the sun will come out eventually—the day after Juan was gorgeous and sunny. Cannibalism is rarely necessary.

Do make friends with your neighbours. They may have an axe or a strong back to help you clean up that huge branch that fell in the backyard. Spontaneous neighbourhood barbeques might become a regular evening event while everyone waits for Nova Scotia Power to do its thing. You might be living right next door to some really cool people and not know it until you're all forced to share your rapidly wilting veggies.