ViewFinders Film Fest: Not just for the wee ones 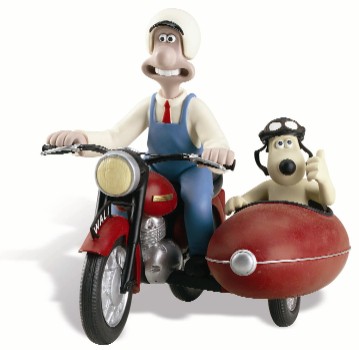 ViewFinders, the international film fest for youth, announced its line-up yesterday. You don't have to be grasshopper size to appreciate some of the films (full schedule available at atlanticfilm.com/view. It's Not Me, I Swear (C'est pas moi, je le jure), by Quebec director Philippe Falardeau, which opens the fest on April 21, is "the story of a hypersensitive young boy who endures his life's troubles with a vivid imagination and streak of mischief."

I've heard great things about RiP: A Remix Manifesto (Friday, April 24, 10am), which explores issues of cultural copyright, starring mash-up DJ Girl Talk. Gaylor's raw footage from the film is available at sourcecinema.org, for anyone to remix.

Another NFB gem is Roadsworth: Crossing the Line (April 23, noon), about a Montreal graffiti artist whose amazing stencil work has become part of the urban landscape, much to the chagrin of the authorities.

There are a few films I caught at the AFF last September worth checking out: animated Slaves, based on real interviews from Sudanese child slaves; Corey Bowles' dark mermaid tale, The Scavengers; the Danish film Fighter and award-winning Australian film The Black Balloon, starring Toni Collette.

Heading "the best of" screening on April 25 is the latest Wallace and Gromit claymation film, A Matter of Loaf and Death. There is a local connection—I recently learned that when local animated kids' shows Poko and Lunar Jim were getting started here, a few of the W&G animators came to Halifax to give guidance on fun things like puppet making.

Here's some Wallace and Gromit to get you ready.