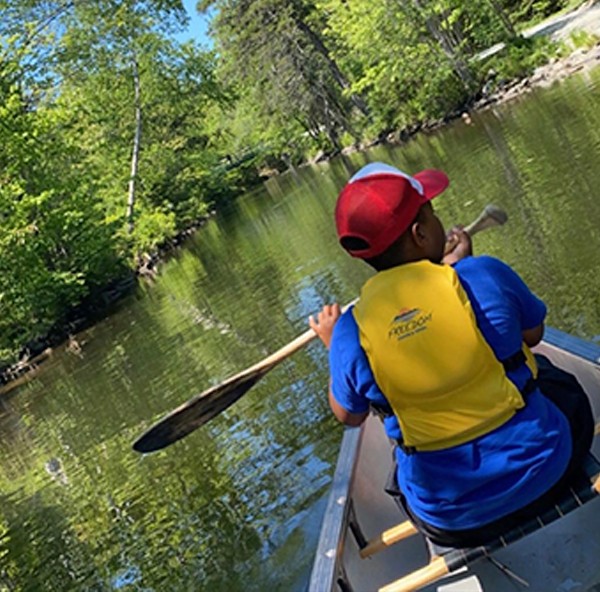 The view of Shubie Park from the Elevate and Explore Black NS Instagram feed. KAYLA WILLIAMS

The founder of Elevate and Explore Black Nova Scotia shares some travel advice.

René Boudreau had never considered entrepreneurship as a career option until she encouraged others to do so. At 18 years old, she was leading entrepreneur camps through the Black Business Association, empowering Black youth to think about starting their own businesses in the future. This would become one of many jobs Boudreau would work for a community-based non-profit, but it would have a lasting, life-altering impact on her.

Then a sociology student at Dalhousie, Boudreau's interest in starting a business was piqued. It would remain that way until she graduated in 2015, when she started seriously considering what kind of business she could run.

“People in business say you have to really be passionate about what you're doing,” she says. “So I was doing some soul searching, like, ‘what am I most passionate about?’ Community is one. And travel is another.”

A combined love of these two things—community and travel—has resulted in Elevate and Explore Black Nova Scotia, a project that encourages Black travellers to visit the province. Through social media, Boudreau promotes local Black-owned businesses, spots with rich history and even just places she enjoys, whether they be natural attractions or tourist destinations. The project’s Instagram page showcases bright, joyful photos of Black people enjoying some of these different locales. This is, unfortunately, an refreshing sight: these kinds of photos aren't common on most travel or tourism websites, which don’t often show diverse travellers.

“You go where you're represented,” Boudreau explains. “If people from away aren’t seeing themselves represented in the Nova Scotia brochure or Nova Scotia website or wherever, they might think ‘I have no desire to really go there.’”

Boudreau, who works for the Association of Black Social Workers, finally launched Elevate and Explore in late 2019, just months before the pandemic would make international (and even national) travel tricky, to say the least. While this might seem like the worst timing to start a travel-centric initiative, she says it was surprisingly perfect: Restrictions gave her time to really think about who she was trying to reach and how best to do so. Though she was initially focused on travellers coming from outside of the province, the pandemic has allowed Boudreau to focus more locally, reaching Black Nova Scotians who didn’t feel welcome or invited in touristy spaces.

“I have friends who are from here, lived here their whole life, but have never been to Peggys Cove,” she says. “We can be in these spaces as well.”

Boudreau grew up on West Prince Street (or “The Island”), a Black community in Truro, and currently lives in East Preston. As a child, she wasn't particularly interested in exploring Nova Scotia—her interests mainly revolved around sports like competitive swimming and soccer. It was in Grade 6 that she got on a plane for the first time for a family vacation to Cuba, and developed a love of travel and discovery that would follow her well into adulthood. Now, she wants to create a community of people who are equally excited about travelling, especially within the communities she loves.

Though Elevate and Explore Black Nova Scotia has only existed for a little over two years, the response has been impressive. Boudreau says she's heard from people who plan on visiting the province because they’re inspired by her Instagram page, as well as locals who’ve been exploring it for the first time. She’s also had the opportunity to partner with local businesses and initiatives: she ran a bike tour with Halifax’s I Heart Bikes last year, partnered with Tourism Nova Scotia and has gotten influencer opportunities on the South Shore.

While Boudreau has had an impressive start, she assures us this is only the beginning. She hopes that Elevate and Explore continues to grow, eventually turning into a full-fledged business with staff and in-person programming like tours. She plans to launch an official website in the coming months to complement the Instagram page, and says she's working on multiple currently-under-wraps events she can't wait to share (keep an eye out for those!). 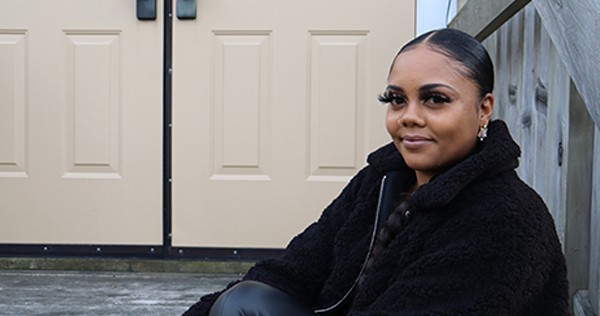 Emily Colley
“I have friends who are from here, lived here their whole life, but have never been to Peggys Cove,” says Elevate and Explore Black Nova Scotia founder René Boudreau. “We can be in these spaces as well.”

René Boudreau is used to sharing great travel tips. Here are just a few spots she recommends visiting both in and around the HRM, with a focus on Black-owned businesses and historical sites.

R&B Kitchen, Dartmouth
What sets this soul food restaurant apart is its constantly changing roster of great food. Rather than a set menu, R&B Kitchen switches things up every day, making one “daily plate” which is shared on social media. While these can range from decked out mac ‘n’ cheese to jerk salmon, there’s one part of the menu that stays consistent: oxtail Fridays. Boudreau says this spot is near the Black Cultural Center, making it easy to see multiple stops during the same outing.

MEGHAN TANSEY WHITTON
Mary Nkrumah is usually at her Barrington Street restauarant.
Mary’s African Cuisine, Halifax
If you find yourself on Barrington Street, Boudreau recommends stopping in to Mary's African Cuisine, which boasts authentic Ghanaian flavours. Though Boudreau’s favourite thing to order are the meat pies, she says this spot also has lots of great vegetarian options. “Usually, when you go in, you'll see Mary herself, so you can actually put a name to face which is nice,” Boudreau adds.

Africville Museum, Halifax
If you're from the province, then you're likely familiar with at least parts of the story of Africville: an African Nova Scotian community settled near the Halifax Harbour in the 1860s and destroyed a century later in the name of industrialization, its residents forcibly relocated. Today, the Africville Museum is located in a replica church that existed in the community, featuring great exhibits about the community’s history, culture, and unjust destruction. Note: The museum is reopening June 30th, 2021.

The Biscuit Eater Café & Books
If you're traveling outside of Halifax, the South Shore’s Biscuit Eater is also well worth checking out. This Black-owned, community-oriented spot has a beautiful array of baked goods, high tea and lunch options.

Gabrielle is a writer and cartoonist based in Wolfville. Her work, which focuses on health and culture, has appeared in The Walrus, The New York Times, The New Yorker, and more.