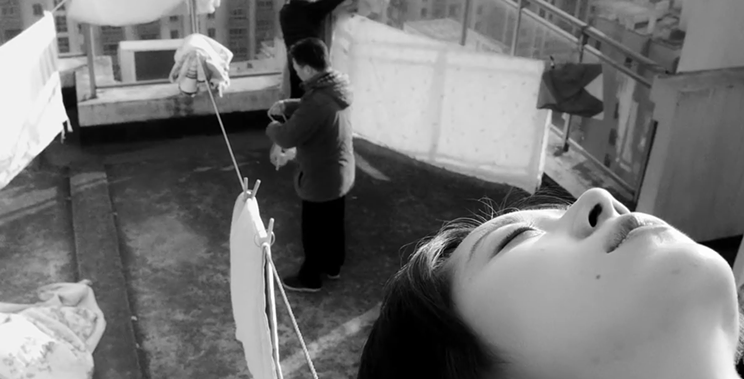 Xinyuan Zheng Lu's The Cloud In Her Room follows the dreamlike demise of a young woman's former life.

For the past 15 years, spring's slide into summer has been marked with the smell of hot popcorn and the decision to spend a few of the first nice days indoors. Yup, when late June arrives, Haligonians who love the movies know it's time for the Halifax Independent Filmmakers Festival, a four-day feast of boundary-pushing cinema.

And while a lot of cultural events are looking different than usual these days, at least we can count on HIFF to help feed our minds and hearts with some of the best new movies on offer. In celebration of the event's program announcement earlier this week, we're listing the flicks we're most excited to watch when the fest is rolling, June 24-27. We watched all the trailers posted on the event's site and here are the ones we can't stop thinking about.

Find out more details—like how to purchase $10 screening tickets or a $30 all-access fest pass—at hiff.ca.
Mama, Mama, Mama
The pastel-hued, edge-of-girlhood grief present from the jump in the preview for Sol Berruezo Pichon-Rivière's debut feature film makes a Virgin Suicides comparison feel almost inevitable—but, instead of a sherbetty scoop of nihilism, Pichon-Rivière offers a sugary hit of hope in this story of a girl spending the summer with her cousins while her family mourns the sudden death of her sister.

15th Anniversary Retrospective
We can't wait for the cinematic charcuterie of binging a bunch of the best shorts of HIFF festivals past! More info on this will be announced closer to the fest's June 24 starting date.
Saint-Narcisse
Toronto filmmaker Bruce LaBruce—possibly best known for creating the gay porn zombie flick LA Zombie that got banned in Australia (lol/wtf)—keeps it weird with this film, set in 1970s Quebec. Playing with the legend of Narcissus, LaBruce's story sends a self-obsessed Montrealer on a journey to discover the truth about his long-lost mother, which lands him in a small village where he discovers he has a twin brother. As his family reunites and he finds more than he bargained for, LaBruce delivers his viewers what HIFF sums up as "a cheeky and compelling commentary on the normalization of narcissism through a (literal) homecoming tale of sainthood, seduction and redemption."

Watch the trailer: The Cloud In Her Room

Xinyuan Zheng Lu's debut feature is a jump-cut filled, black-and-white reminder that, sure, you can go home again—but home might not have waited up for you. A hazy, lucid-dream aesthetic makes the storyline of a young woman's return to her home city of Hangzhou, China, feel like the space between sleep and awake, making the rot of her parent's marriage and the decay of their apartment all the more devastating.