Beauty services have historically been gender-restrictive—but they shouldn’t be, trans and non-binary advocates argue.

Julien Grey will not go quietly into the night. As an openly trans esthetician in Lower Sackville, they’ve made a point of rallying for gender-inclusive services—from haircuts to Brazilian waxes—within Halifax’s beauty industry.

“People shouldn’t be denied services for the body parts they have, especially if it’s irrelevant to the situation… I want spa owners and waxers to feel uncomfortable and question themselves, why they aren't more inclusive than they are. And it's working.” 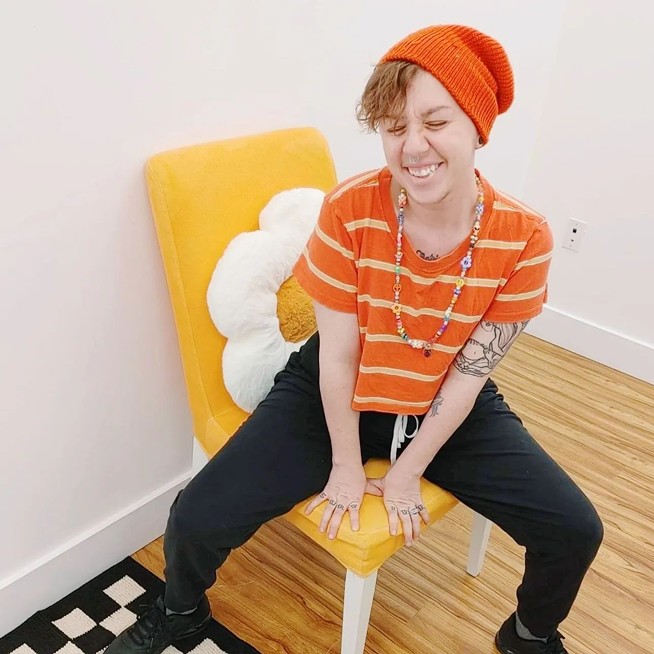 In their four years as a practicing esthetician, Grey has built a reputation as a beacon within a growing—and oft-overlooked—segment of Halifax’s population: the region’s transgender and non-binary community. They say they’ve seen far too much discrimination against clients seeking gender-affirming services that others take for granted. And they’re not the only one who feels it’s past due that the beauty industry underwent a makeover.

‘I wanted my space to be focused on inclusivity’

Nova Scotia is small, but mighty when it comes to gender diversity. Our province has the largest per-capita population of transgender and non-binary people in Canada, according to the 2021 census. Roughly one in 200 people aged 15 and older identified as transgender, non-binary or both in the latest Statistics Canada survey. By contrast, that same figure was closer to one in 300 for people aged 15 and older Canada-wide.

The proportion is even higher in Halifax, where about one in 150 people aged 15 and older identified as transgender, non-binary or both. Only Victoria, BC boasted a higher per-capita proportion (0.75%) than Halifax (0.66%).

Despite that, Pride Beauty Lounge owner Tori Yeomans says finding trans- and non-binary-inclusive beauty services within the HRM—be it hair salons, wax bars or makeup studios—can prove challenging. “It’s quite a radical concept,” she says, speaking by phone with The Coast. “Not many spaces around here do non-gendered services.”

It’s something Yeomans, who uses she/they pronouns and opened their 2SLGBTQ+ friendly beauty salon last June, has been working to change with her colleagues. Her salon’s public mission statement is to provide a space that is “comfortable, free from bias and discrimination” and focusing on the “Queer community, BIPOC folks and the disabled community.”

“I want clients to know they can come here and we will respect their pronouns, we will support them in their accessibility needs, we won't deny services to them because of their gender or genitals; they will be welcomed here with open arms,” Yeomans writes.

History of harassment and discrimination in Halifax

Transgender and non-binary people have faced hostility in Halifax before.

In 2017, trans women faced harassment and threats of physical assault in the wake of judge Gregory Lenehan’s acquittal of taxi driver Bassam Al-Rawi and the subsequent women’s safety rallies it spurred. Trans women and femmes had criticized the rallies for excluding their history of violent victimization from the conversation—only to face a backlash from some corners treating them as “dangerous men and sexual predators.”

Trans exclusionists target Halifax trans women: We must ensure that trans women, particularly BIPOC trans women, have a voice at the forefront of conversations about violence and sexual assault.

Last April, parents of trans children raised concerns after the Halifax Public Libraries bought and distributed copies of a book by Abigail Shrier called Irreversible Damage: The Transgender Craze Seducing Our Daughters. One trans community member, Morgan Dambergs, denounced the book as “full of intentional pseudoscience and misinformation to denigrate trans people, and particularly to undercut the voices of trans children.” 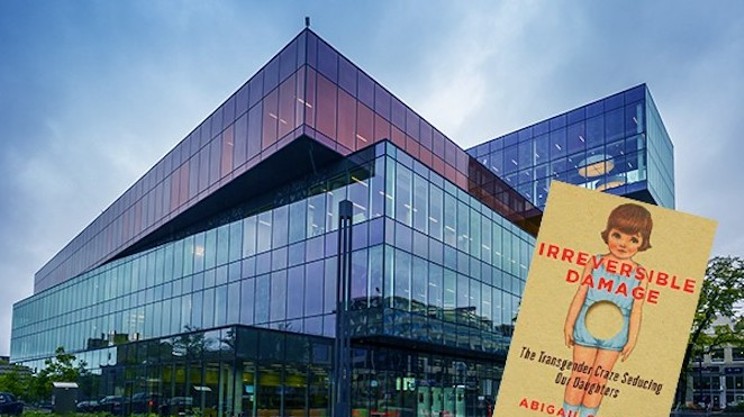 The book sparked two rallies and led 2SLGBTQ+ writer Tom Ryan to cancel a presentation at the library in solidarity with Halifax’s trans community. An online petition to have the library remove the book garnered more than 2,500 signatures—but the HPL opted not to pull the book from its shelves. (As of this writing, there are 116 holds on two copies of the book.)

‘I get all the horror stories’

Beauty services are more than a luxury for trans people; they can also be life-saving. Numerous surveys of trans folks, both in Canada and abroad, have found that they experience more gender-based violence and unwanted sexual behaviour than their cisgender peers. (That proportion is even higher among racialized people.) A brow wax or facial hair tinting can help a trans person avoid unwanted—and wholly unnecessary—scrutiny that, in the wrong environment, could put them at risk of harm.

Beauty services can also be a suicide prevention tool. One cross-sectional study published in the Canadian Medical Association Journal earlier this year found trans teens aged 15-17 showed five times the risk of suicidal ideation as their cisgender, heterosexual peers—and 7.6 times the risk of suicide attempt. A 2015 study of 923 Canadian trans youth found one in three had attempted suicide in the past year.

Gender-affirming care has been shown to lower suicide rates among trans and non-binary youth. Still, Grey says, they hear of trans people getting turned away from haircuts and brow waxes “all the time” at other salons.

“I get all the horror stories, it's unbelievable,” Grey tells The Coast.

November is a big month for both Grey and Yeomans. Grey has moved into a new studio space with two other friends, including lash salon Conjure Lashes, that they describe as a “workers’ co-op sort of environment.

“We’re really excited to just all own our own businesses under the same roof,” they say.

Yeomans says Pride Beauty Lounge will be expanding its studio space to open a hair salon. Previously, they’d offered only the typical spa services—from nails to lashes and facials.

It’s still a bit unreal to Grey, who calls the opportunity to support transitioning clients “not something I ever would have expected,” entering an industry where “I thought I was just going to be, like, painting nails and doing wedding makeup.” They say it “means so much” to give a trans woman new lashes, or to help a trans man who might have trouble growing a beard by darkening their facial hair.

“And these are all things that society tells people are bad, and that you should sort of tone down out in public. But if I am loud about it, then those people that also resonate with those things will feel safe coming to me.”