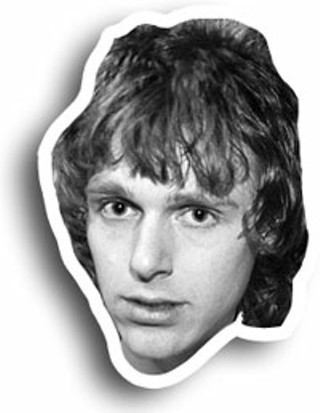 If you ask Joel Plaskett the best way to ring in the New Year, you’ll likely get the answer an increasing number of people are saying themselves. Plaskett and the Emergency’s New Year’s Eve bashes have become tradition and the 2005/06 edition is his most ambitious yet.

“Dave Marsh, Ian McGettigan, Joel Plaskett and Welsh twins named Paul and Stuart. Maybe even a Brennan,” Plaskett says about what will make this year’s spectacle stand out from previous ones. “It is Ian’s last show with us for the foreseeable future so come get your McGetts on.”

Long this city’s most established musical celeb, Plaskett is looking forward to topping last year’s performance — for which he had bronchitis. While the show was not up to his standard, his description isn’t without exaggeration.

“Last year I was freaking out. The show was really fun, but backstage beforehand was pretty stressful,” says Plaskett. “It was like Tom Waits fronting the Emergency.”

Invited to support him are rock DJs The Unemployable Welsh Scum, a move brought on by Plaskett’s recent tour of the UK. Stewart Summers — one half of the brotherly combo which also includes his identical twin Paul — expects a strong party vibe based on what he’s heard about the city.

“We’ve just come back from working on a two week tour of Europe with Nashville Pussy and the guitar player Ruyter is Canadian,” Summers says. “She told us that she’s had some great times in the Marquee in Halifax, and that lady knows how to party. The audience can expect to be taking part in the best New Year’s Eve party in Halifax, Joel and the Scum…what a combination. ‘Tidy,’ as they say in Wales.”

The duo — who spin records by The Clash, The Ramones, Kiss and Queen as part of their repertoire — are looking forward to catching Plaskett on his own stomping grounds.

“It’ll be interesting to see Joel play on his home turf, we’ve seen him play in small clubs in London go down a storm, so it’ll be cool to see him rock a big crowd,” says Summers. “It’s so great for us to be flying out to a part of the world we’ve never been to just to play our favourite music. That’s why we got into it in the first place.”

The Joel Plaskett Emergency and The Unemployable Welsh Scum perform upstairs, while Two Hours Traffic and The Museum Pieces keep things going down in Hell’s Kitchen. Tickets are $30.

Ushering in the New Year isn’t specific to The Marquee Club, and there will no doubt be a big crowd dancing, grooving and sweating to The Sweet Tenders and Yellow Jacket Avenger at Gus’ Pub. Both groups are known for their seamless high-energy bond with their audiences, and are not to be missed. If you’re in the mood for something more in the vain of fist-pumping rock on December 31, The Attic could be your destination: Jon Epworth and Folds of Policy will perform. Both Gus’ and The Attic shows are priced at a modest five bucks.

How does the world’s biggest band get 2006 off on the right foot in our sister city without some Halifax lads along for the ride? Apparently The Rolling Stones aren’t interested in finding out, having invited Sloan to support them on January 13 and 15 in Boston. After ringing in the New Year in Barrie, the boys will play the pair of dates with the Stones before embarking on a tour of Spain.