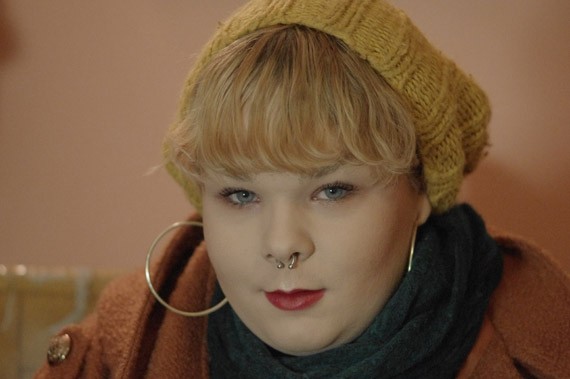 Laura Shepherd
You can donate to Wallace’s fundraising goals at gofundme.com/jn56ew.

It takes Lucy Wallace two hours, every single day, to shave and cover her facial hair. The 20-year-old transgender woman wants laser hair removal and a tracheal shave to remove her Adam’s apple, but those “cosmetic” procedures aren’t funded by the province. Now, she’s taken to GoFundMe.com to crowdsource the $15,000 she needs and raise awareness about gender dysphoria.

When did you first know you wanted to transition?
I kind of always knew, but it wasn’t really something I knew was an option. I guess that’s kind of a general storyline for a lot of people.

The financial burden, as you know, is heavy. Did you have any plan for that moving forward?
No, when you’re a teenager you don’t really. I kind of wasn’t really thinking that much into it, I was just like, “This is who I am, so I’m going to pursue it.” Even if it makes me more unhappy, it’s going to be more honest.

You have $15,000 as your goal. If you’re paying for these surgeries out of pocket, is that around what the cost will be?
Prices are really hard to find online, but for the most part $15,000 is almost not even enough for a lot of them, especially in Canada. I’m planning to spend about two-thirds of it on funding for surgeries, and the other five grand on hair removal. I’m going to have to end up saving a lot of money myself. It’s kind of just to get me started. I’m almost 21—$15,000 is almost impossible to acquire legally.

What made you decide on the crowdfunding route?
Essentially, for a lot of girls in my position it’s really hard to get jobs. Especially when you don’t necessarily look how other girls do. Which, it’s awful to say, but people are really judgmental. Especially in a job market like Nova Scotia, getting a job when you’re transitioning and you’re uncomfortable with your body, and people may know by looking at you and stigmatize you.

The province has made some strides in caring for transgender individuals over the last year. Do you think they’re still falling short?
I’m extremely impressed with all the progress that’s going on, but there’s always room for improvement in any situation. I’m still really proud of all the people who’ve been rallying for all that. It’s not to say it’s not enough, it’s really awesome for those who wish to pursue those procedures.

Even if someone doesn’t donate, is there anything you’d want them to know?
Essentially I just want someone to know that especially for transgender girls, it’s a lot of time and effort and money just to feel comfortable walking out the door sometimes. It’s not cosmetic, just being able to get ready. It really is a dysphoria. You feel so uncomfortable with your body, that going outside without making myself feel more presentable...sometimes I’ll go out and get heart palpitations at an intersection. It makes me feel very insecure with myself.

Mayor on Cornwallis panel: “I don't really think it's useful to point fingers”

A roundtable discussion with the vanguard of Halifax activism