Matters of the heart | Love the Way We Bitch | Halifax, Nova Scotia | THE COAST

Calm and reasonable opinions Grow up Matters of the heart WTF

Treatise from an angry queer

I am in a safe, positive, loving and committed relationship with a man who I love and care for immensely. This does NOT mean that I have not also dated and been attracted to women and non-binary, genderqueer, etc., folks. This does NOT mean I am now straight or cis, or secretly was all along. This does NOT erase my lifelong experiences of confusion, and struggles to understand who I am. I mostly lean towards femme these days, because it's slightly less exhausting, and there are people in my life who aren't ready to understand or accept how I identify.

”Passing” is NOT a privilege. It is a constant struggle with my own identity being discredited, doubted and dismissed, which causes inner turmoil and self-doubt. I acknowledge that some of these worries are internal/projections, but I have seen in-fighting in queer communities that seems to imply that non-binary or bi folks aren’t "queer enough,” because we want access to queer spaces/communities but are perceived as somehow not having to "do the work" of being visibly identifiable as gay, lesbian, etc. Gender non-conforming folks have NO OBLIGATION to look a certain way. Anyone who excludes or passes judgment on couples who APPEAR hetero and/or cis is making A LOT of assumptions about their identities and past experiences. Nobody can assume what a person has already been through, will later experience or where they are on their journey to understanding their gender and sexuality.

I am SICK of queer people in-fighting and posting shit about other "so-called queer" people/couples who don't look or behave queerly enough in public spaces. But there are tons of reasons why folks might not be able to perform that way.

We need to support people, not exclude them. This shit is complicated and a lot of folks who grew up in a time before this stuff was openly talked about need to take their time to figure out how THEY identify, even if it doesn’t look obvious. — No Longer A Mess

When friendship turns to henshit

There's a special place in hell for "friends" who date their friend's exes without a care or a second thought. Apparently you've never heard of girl code. I guess loyalty is too much to expect in friendships of today's climate, but would a little common consideration be too much to ask? There's a whole city's worth of available men you could date, but you chose someone who used me, manipulated me and then cheated on me. Sneaking around, exchanging numbers and seeing him behind my back on the downlow. How would you feel if one of your friends did that to you, and started hanging with your ex who had treated you poorly? It's quite clear he is using you too, in a narcissistic attempt to get me back or to get back at me. Quit pretending to be some empath online. You don't even know the meaning of empathy, you self-serving phony! I was going to warn you about him but I think I'll let you find out for yourself what you're in store for with him: a season of ruination. — Farewell Fairweather Foe

Boring Break-up Story Mad as Hell Matters of the heart

This has been a long couple of months of not speaking to you. I thought it would be easier seeing how it ended with you physically assaulting me. I could see all the stress eating away my body and self-worth. At times I get so angry at your behaviour when we were together and other times I miss you terribly. In the end, being in a relationship with someone shouldn't mean losing yourself completely or making excuses for their abusive behaviours.
—Seeing The Light At The End Of The Tunnel

Love is six feet under

This is lunacy. I find that finding someone who is committed to a relationship, someone who's sweet and trustworthy, seems to have dried up in all aspects. Like, my dearest friend can't get a guy because they either show their true intentions, get bored or just can't wait to get to know her. From personal experience of being a gay guy into monogamy, I thought straight people had it better—but in reality it's not much better at all. I swear to god that future generation will ask "What's monogamy?" because there are way too many FWB, open relationships and people looking for hookups. I weep for those who are generally nice people but are surrounded by an ocean of sleaze and unreliable jackasses who will say things just to draw you near and get what they want from you then leave.
—Malh

For the love of Ethiopian cuisine

Can someone please open an Ethiopian restaurant in Halifax, preferably like 5 years ago, but before 2018 would be just the best thing ever?! Thank you! —Want the Wat

Why is it so hard to find a good date in Halifax these days?! Where are the good single men in their 30s and 40s? I know they're out there. It gets harder to meet new people as we get older, it seems. I mean, I have a full, happy, and interesting life on my own but it sure would be nice to have a partner along for the journey. We should have fun stuff for singles, like speed dating, in this city! Online dating just doesn't cut it. People wander around out there with their heads down looking at their phones and don't see the possibilities all around them. —Waiting it out

Everyone in my life seems to have partners and I'm still single. I really do just need at least one person in my life, kind of just at a point where it feels like there's not really any possibility of that happening. It looks like people who already receive a good amount of affection receive more from more people. I feel like I keep getting pushed to the side and not getting a chance to grow as a person in that way. —Good thing I enjoy ice cream...

Where nothing was found

What did it feel like, I cannot recall. But I remember it was good. It was untamed and dirty, spurring me into moments where my inhibitions squandered. A whore so penetrated by desire, sucking lust which fuelled a spirit unmatched before. That was what you did. But I emotionally sat alone, away and far apart from every moment I wanted to be around him, around her and them. You didn’t know I held a taste and smelled like them all, gallivanting down the streets as if I owned them. As if I deserved their pleasure smeared across my mouth, between my thighs and in my hair. Their shame was on display and they didn’t know. You thought I was just giving myself to you this whole time? Did you think i was just for you? As you whispered sweet nothings in my ear? How very foolish of you. I was never yours, you never mine and you can’t hurt me anymore because I’m gone. I hear nothing but the voice of my own now, reflecting on your inebriated self during nights filled with broken promises and booze. You were entertaining until you weren’t anymore. We’re all too fucking good. —A.C.U.

Three years is a long time 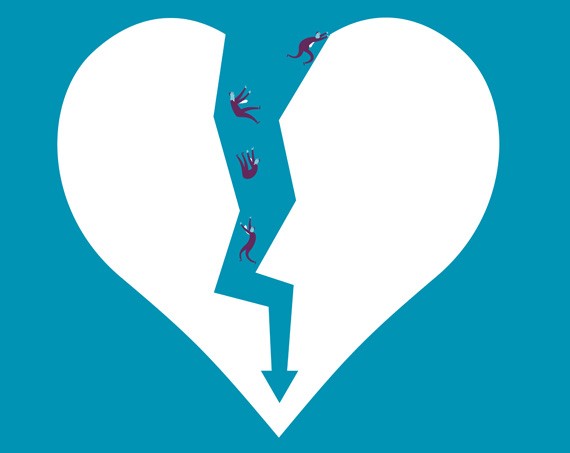 We broke things off about 3 years ago, I was a mess emotionally, things got messy we both said things we probably regret. You blocked me from facebook, and completely cut off communication from me for 3 years. I was broken hearted for a good year. I moved on after that year and was ready to be your friend again. I have had crushes on other people and flings. I am not romantically interested in you in the least. You are definitely the wrong person for me, But I feel like a bad person because you completely cut me off from communication. I couldn't even tell you I am sorry. I finally have myself together emotionally and professionally. 3 years is a little much especially since I was the one who got their heart broken. I should have been the one to cut you off, but it definitely would not have been for 3 years If I did. Lets just appologize to each other and get it over with so that there is no more awkwardness when we see each other with friends and we can hang out and have fun. —Reach out to me if you want

I always believed there is good in everyone. Then I met you, we fell in love, we got pregnant and now you want nothing to do with me. What man has sex unprotected with his girlfriend over and over, gets her pregnant and then just acts like she is evil because she morally does not want to have an abortion? Now I find myself pregnant and alone. I'm realizing how many people this actually happens to. I never got pregnant to try to keep you. What the hell am I getting from you? I was blinded by wanting love so badly, that I actually believed you were a kind human being. How quickly things have changed. Just when I thought I learned my lesson about douchebags—wham!!! Stupid me, gets fooled again. You are not god’s gift to women. How I could be honest and make you look like a fool? You are doing a great job on your own, looking like the loser that you are. —Fooled Again
Older Entries »